By default, sheet music is designed to notate the 7 natural notes, called:

But in western music, we actually have octaves that are split into 12 notes, and thus there are 5 notes 'missing'.

Sheet music was designed in this way as most music only uses 7 distinct notes at a time, and thinking about the 'gaps' would be cumbersome.

If you have read Octaves and scale formation, you will know that there are 12 different scales. In order to notate these in sheet music, we change the scale of the entire staff using something called a key signature.

But before talking about key signatures, lets have a refresher on sharps and flats: 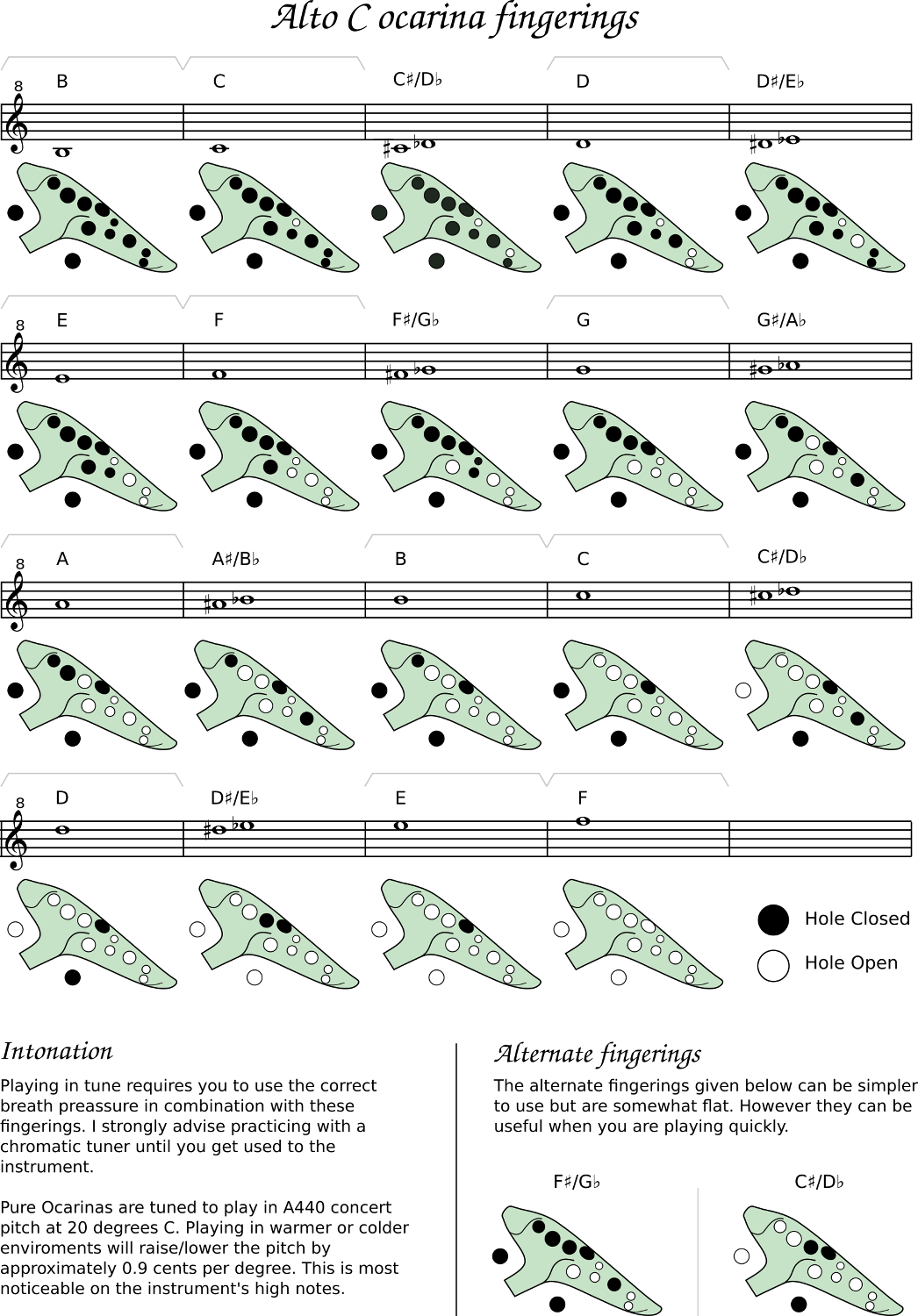 Naming the notes in this way allows us to notate other scales, using one distinct letter per note. For example D major:

A sharp sign simply means to play the note that is 1 semitone higher within the chromatic scale.

Likewise, a flat sign is just the opposite, and tells you to play the note that is 1 semitone lower within the chromatic scale.

I recommend learning to play the chromatic scale on your ocarina as it will teach you to move through the 'natural' and sharp/flat notes seamlessly.

The key signature affects the sharpened note in all octaves, so while only the top line F has been sharpened, the F in the bottom space is also to be played sharp.

How to play music with a key signature

This is where practising the scale, and the intervals and arpeggios within it becomes very advantageous as it teaches you how to move between the notes without needing to consciously think about the sharp / flat notes.

Scales and intervals are not there to torture instrument learner's, but to teach you how to move between the notes on your instrument effectively. Once you can do so, reading sheet music is much easier.

These may seem like a lot, but you don't need to learn all of them at once, rather look at which ones are commonly used in the music you want to play, and learn those first. 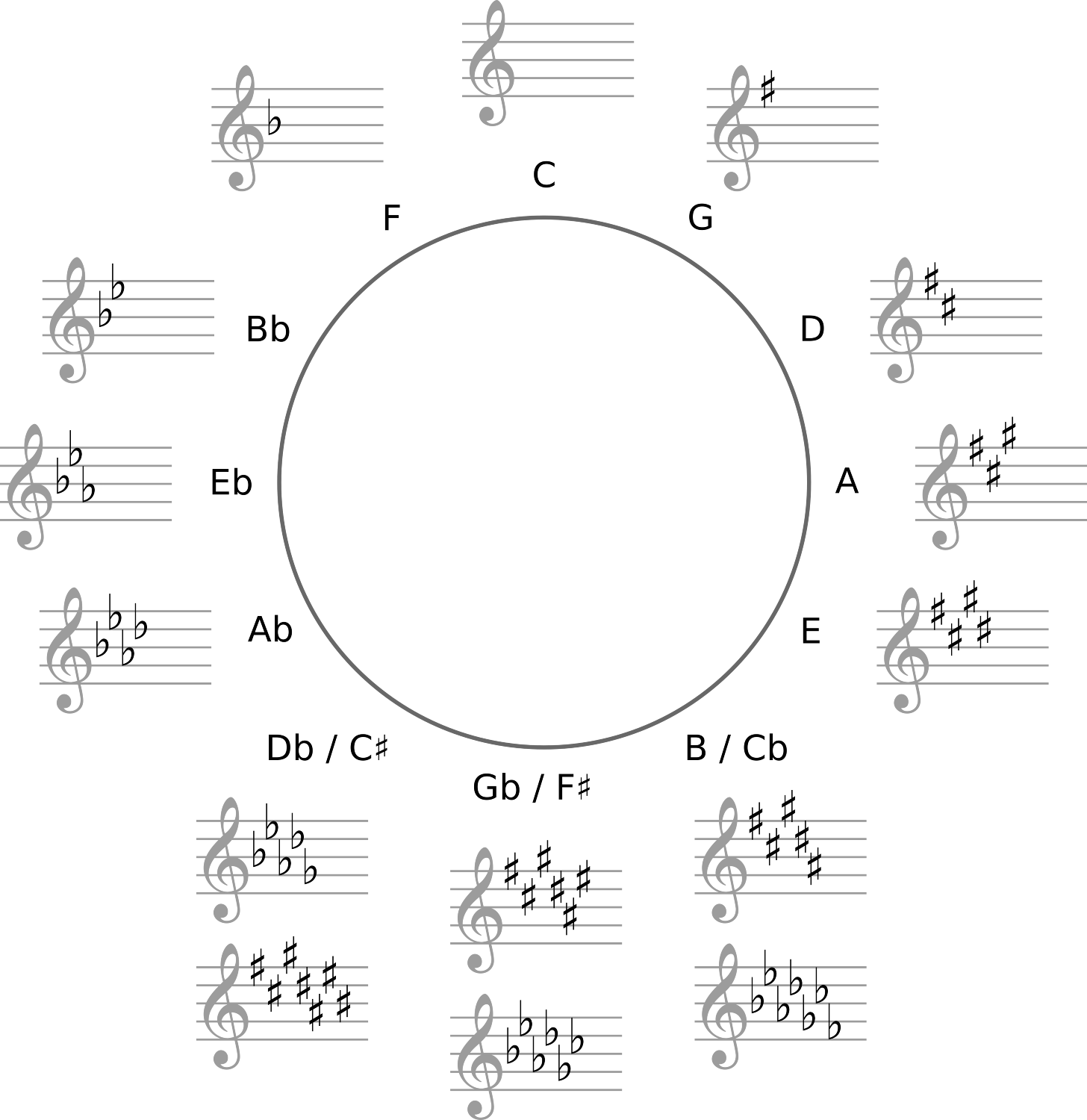 Key signatures are standardised, and the sharp or flat symbols for a given key are always placed in the same position. As such it makes it easier to recognise which notes are used in a piece of music, without needing to scan through the whole melody.

The order of sharps:

The order of flats:

To practice and memorise the key signatures, start with a small selection of key signatures, and then have someone question you randomly. Once you know those, increase the set size.

There are mobile apps that will do that for you.