Put simply, an ocarina's breath curve is how your blowing pressure must change over an ocarina's range in order to play in tune, and produce a clean sound.

For an ocarina to produce a strong tone, the voicing has to push air into the chamber faster than it can escape through the finger holes. So, when most of the holes are closed little air is required, and as you play higher notes more is needed. We call these pressures the breath curve.

If you were to measure them and make a graph, they would form a curve something like this. The ocarina's natural pressure curve is approximately exponential, meaning that as you play higher notes, a larger pressure change is required: 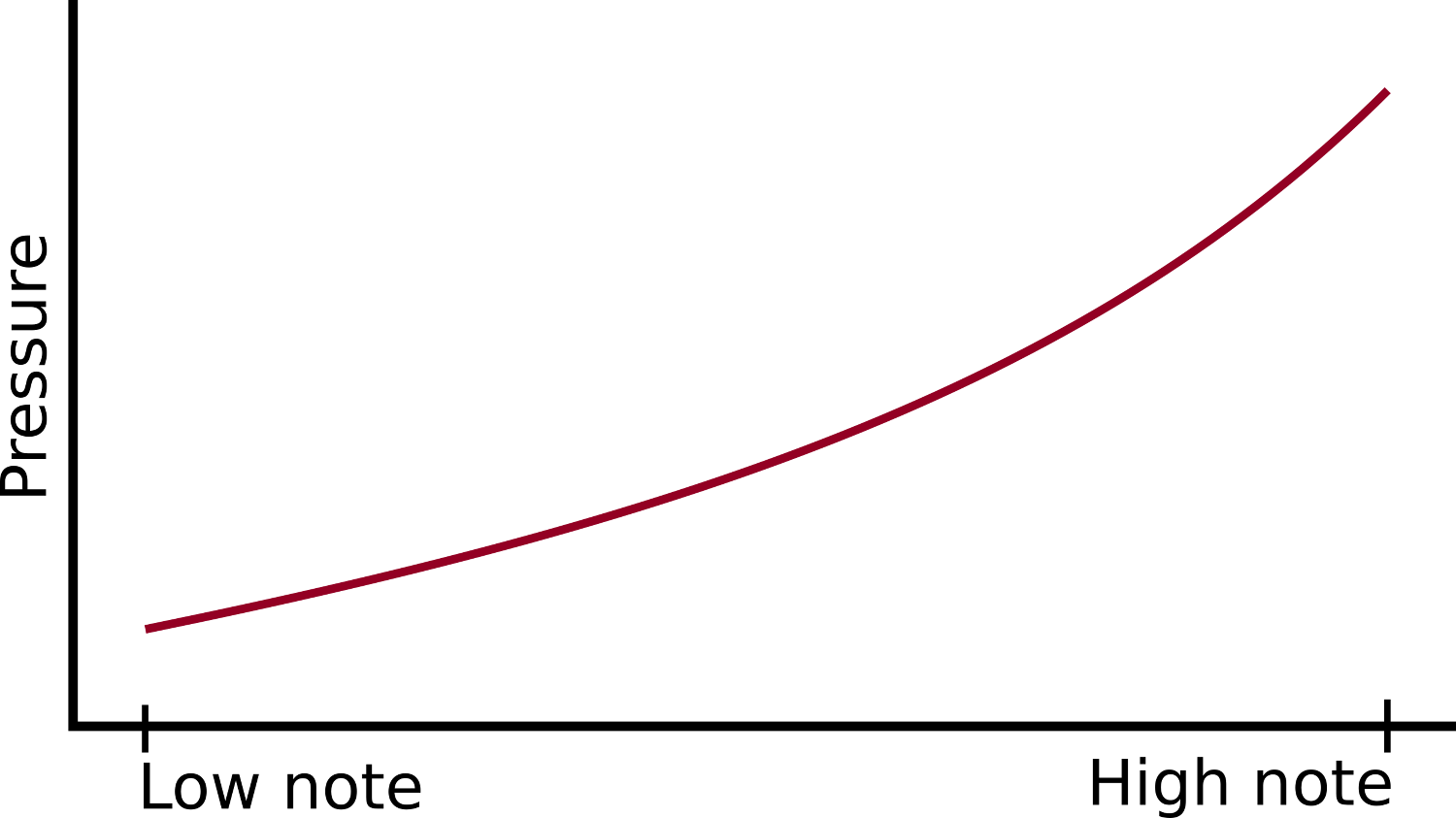 Now, every single ocarina has a different breath curve. Some require only a small pressure change, whereas others ramp up hugely towards the high notes. The exact shape of this breath curve depends on quite a lot of factors including:

Ocarinas that were designed to be loud have a steep breath curve. They will be physically large for the pitch they produce, require a lot of air to play, with a large sound hole, unrestrictive open windway, and have large finger holes.

Ocarinas that are quiet have a shallow breath curve. They will be physically smaller for their pitch, with a smaller sound hole, more restricted windway, and much smaller finger holes.

With a little experience you can pretty accurately guess how an ocarina's breath curve is going to be by looking at its visuals. The sizes of the finger holes especially are very telling, as tuning with a steeper breath curve results in larger holes.

If you were to measure the breath curves of a few different ocarinas you'd get some graphs like this, with lower pressure ocarinas having a smaller pressure difference between their high and low notes. 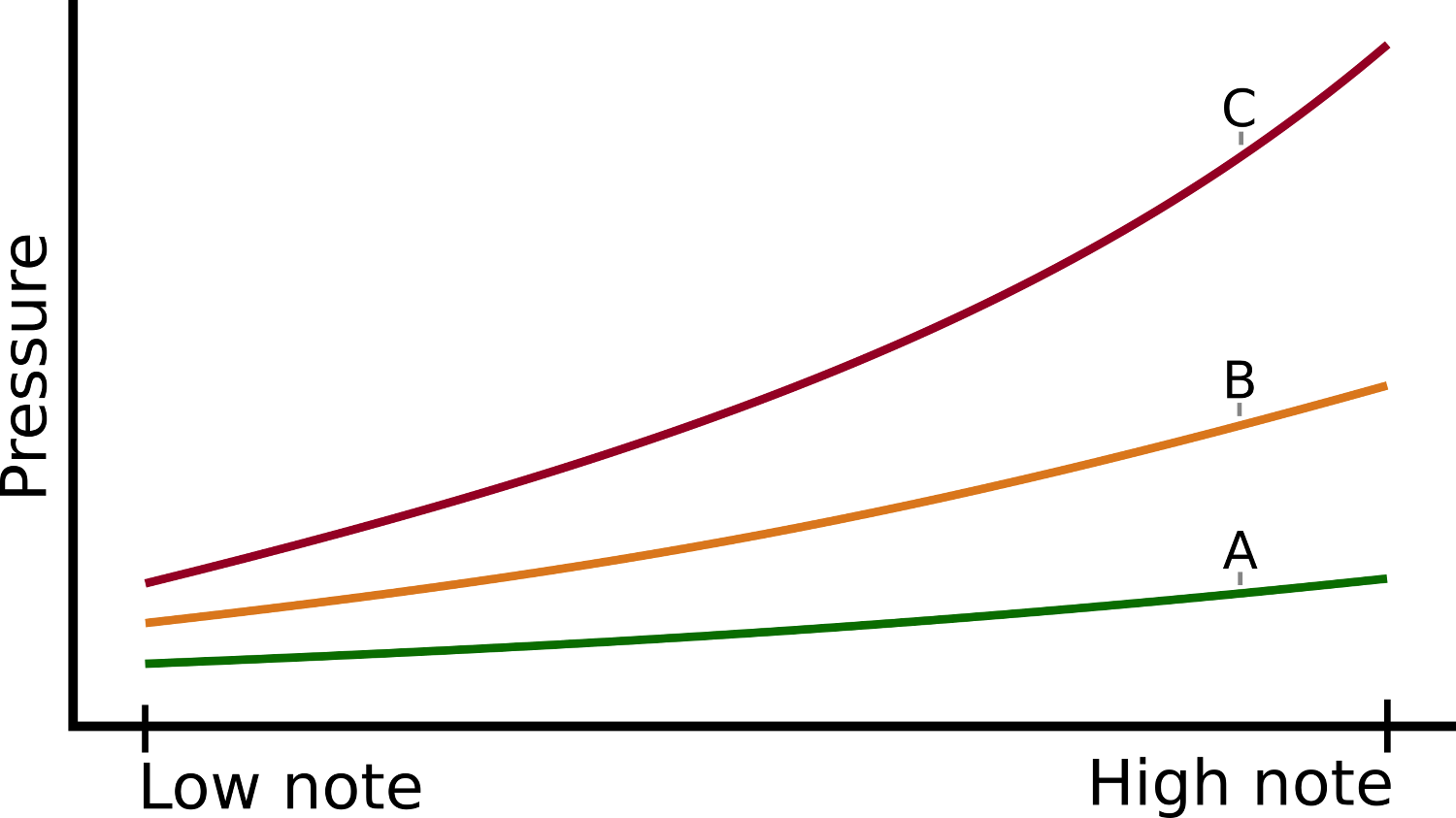 There are other factors that affect the shape of an ocarina's breath curve such as the number of finger holes, and deliberate tuning to make the instrument feel a certain way to play. See Ocarina playing characteristics and timbre.

It is really valuable to try playing a range of ocarinas made by different makers and observe how the breath curves are different. You can also quantify it, as discussed in Measuring an ocarina's breath curve.

The breath curves of multichamber ocarinas share the same characteristics and variation as single chambered ocarinas. They can be tuned with a shallower pressure curve, or alternately a steeper one. Just note that the breath curve of each chamber is independent.

The point that the breath curve of the first chamber ends and the second starts is called the chamber break. Because an ocarina's breath curve is approximately exponential, maintaining a completely regular pressure change over the entirety of a multichamber is impossible, as the high notes would be tuned to an insanely high pressure and would squeak.

Multichambered ocarinas are usually tuned so that the low end of the higher chamber starts at a similar pressure to the high end of the first. Sometimes there will be a pressure drop between chambers, which usually exists to allow the playing of harmonies between chambers.