Ocarina anatomy is quite simple. They are usually formed from a single piece of ceramic, but different parts of the instrument are given different names.

The different parts of an ocarina are labelled in the diagram below. Note that while a single chambered ocarina is shown, multichambers feature the same components; they just have multiple of each. 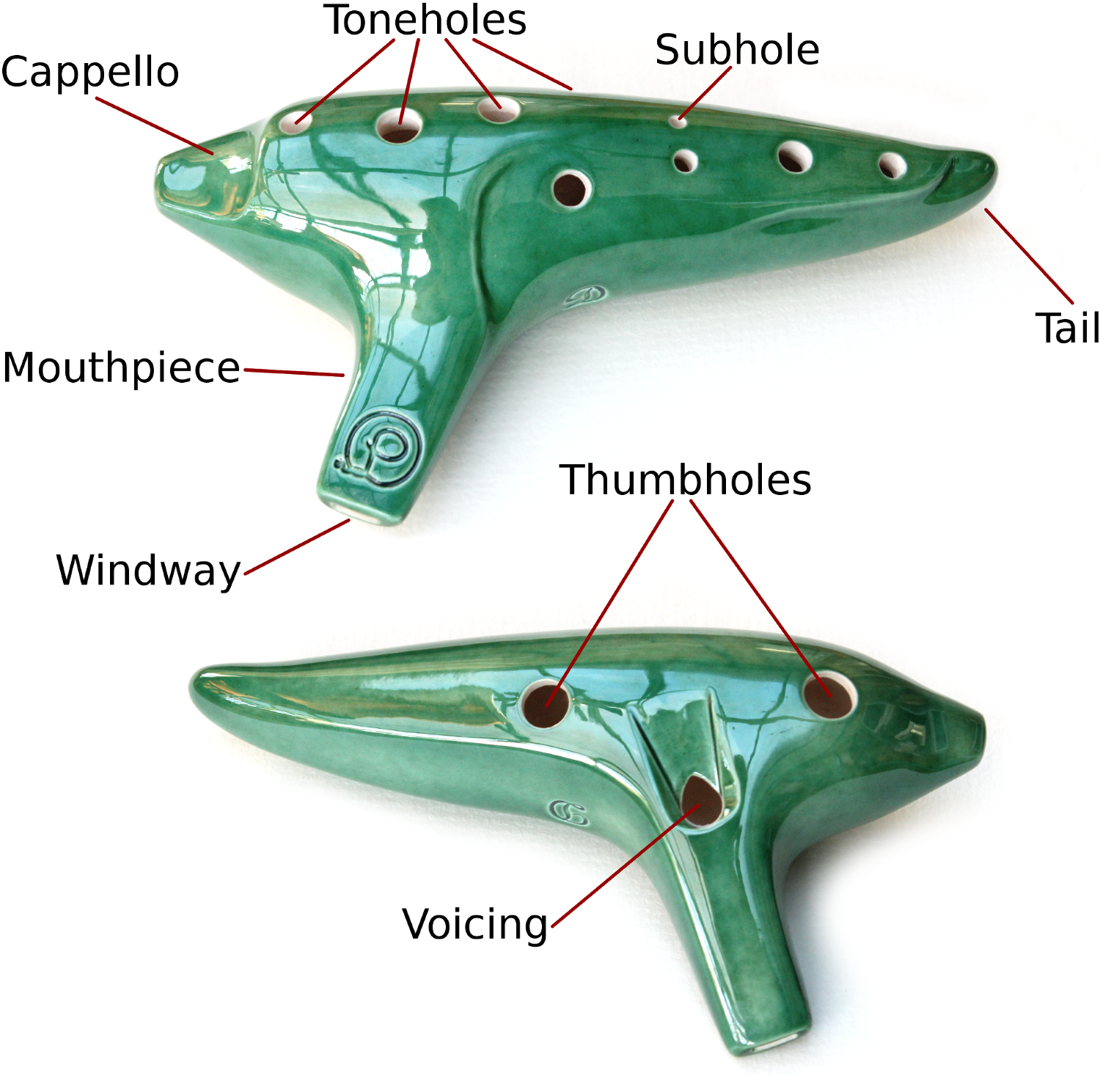 An ocarina's body forms a hollow chamber which is used to produce sound. It also features multiple points that can be used to support the instrument.

The mouthpiece includes the windway where the player blows. It is often slightly angled for ergonomic reasons.

An ocarina's voicing is the part of the ocarina's anatomy that produces sound. The voicing consists of: 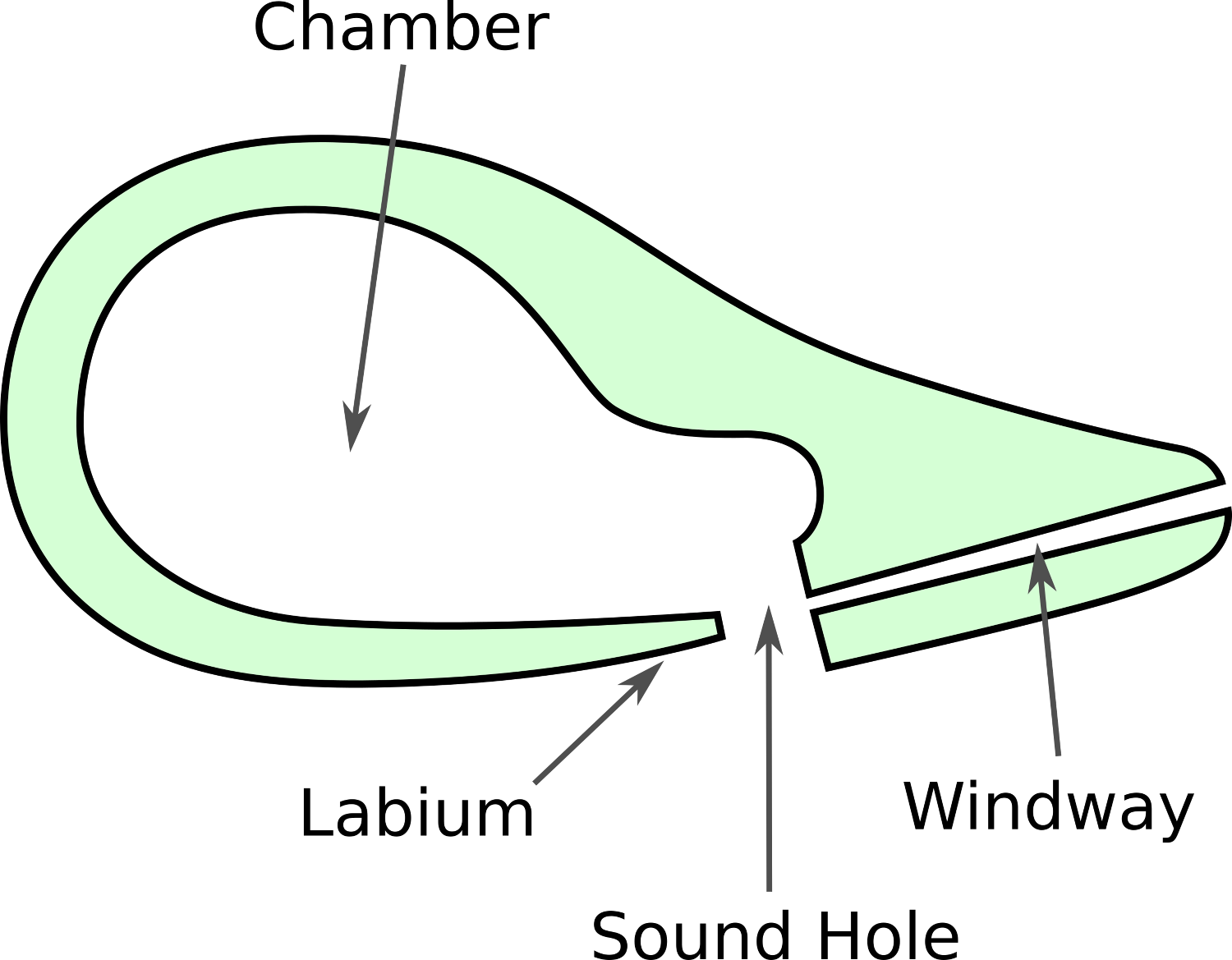 This kind of ducted voicing is sometimes called a 'fipple', but strictly speaking this use is incorrect. The term refers to a plug which creates the windway in a recorder, not to the edge witch splits the air. As ocarinas are made from a single piece of ceramic they don't have a fipple.

The tail and and cappello are support points used to support an ocarina while playing the high notes.

Transverse ocarinas have 10 primary holes, 8 on top plus 2 thumb holes. 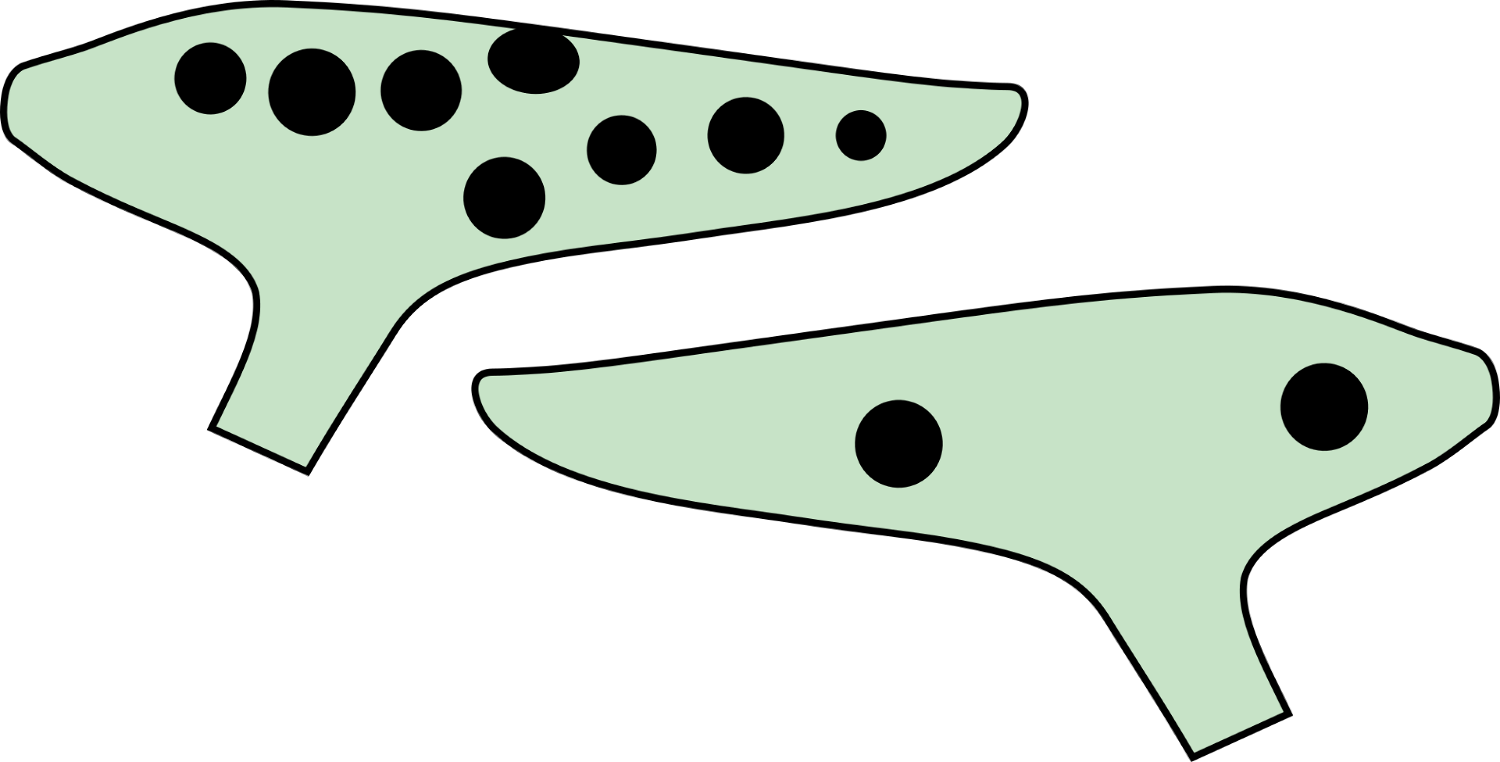 In addition, an ocarina may have subholes or split holes.

A subhole is an additional hole placed besides one of the 10 base holes. These are used to play lower notes and are played by sliding a finger forwards, covering two holes with the pad of one finger. Subholes extend the range of an ocarina downwards. If they are ignored, an ocarina with subholes plays the same as one without. An example of a subhole is shown in the previous picture.

Split holes look similar to a subhole but serve a different function. They do not increase the sounding range, but are a single hole that has been split into two to make an accidental (sharp or flat) easier to play.

This is done because strictly using hole count as a classifier would be ambiguous, as the holes can serve differing functions.