Single chambered ocarinas have eight main holes on top of the instrument and two thumb holes—one hole for every finger and both thumbs, which are labelled in the diagram below. These eight finger holes and two thumb holes are universal across all single chambered ocarinas, regardless of if you have a 10, 11, or 12 hole ocarina. The far right hole of the four right hand finger holes is sometimes split into two smaller holes, but should be treated as a single hole. 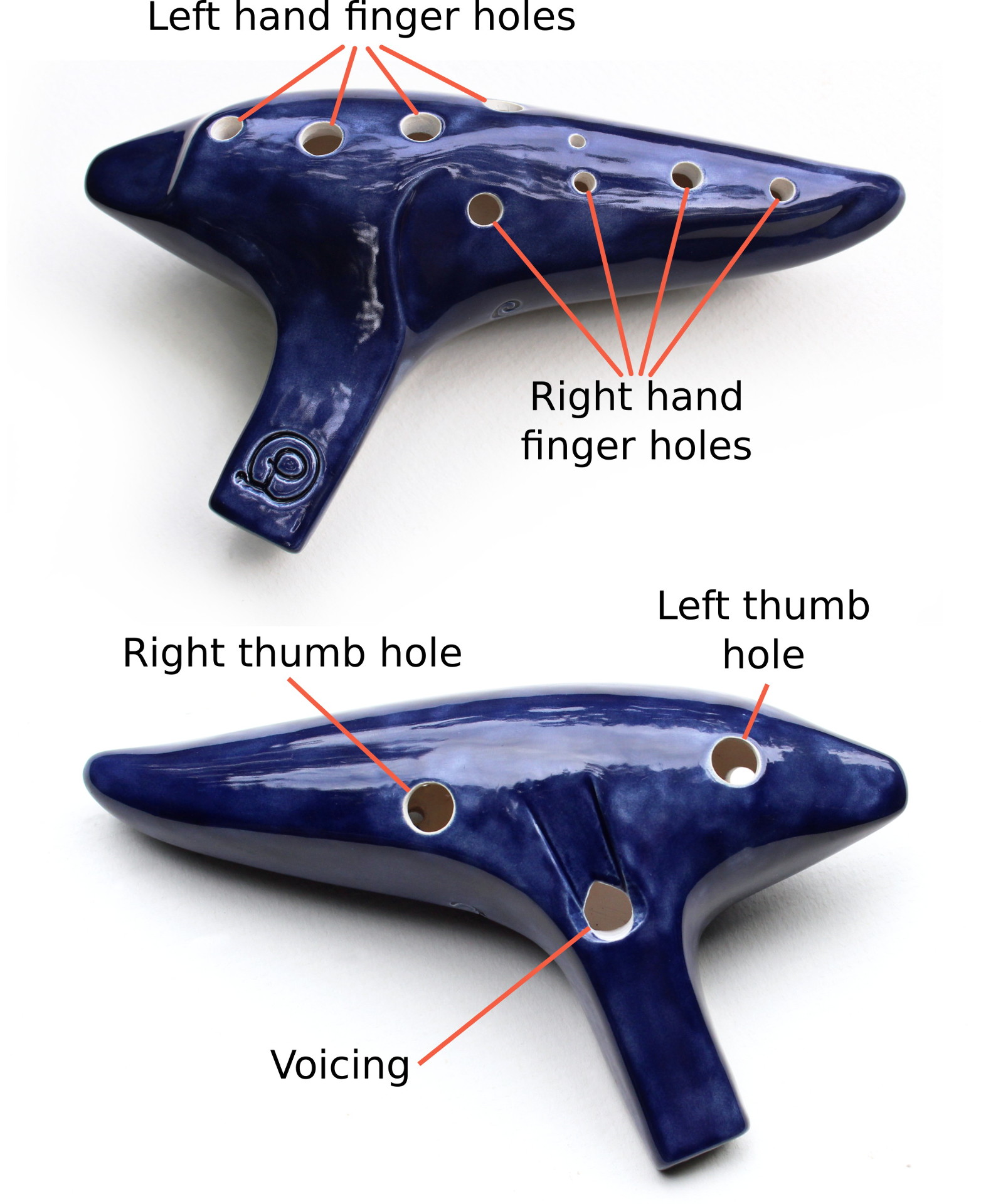 Ocarinas always have at least one more hole called the voicing, which is labelled above. This is where sound is produced, and it should never be covered while playing. Ocarinas may also include one, two, or rarely three subholes, one of which is shown below. They are additional holes positioned next to one of the eight main finger holes, and allow you to play lower notes. Subholes should not be confused with split holes; a split hole is a single hole which has been split into two smaller holes to make an accidental (sharp or flat) easier to play. 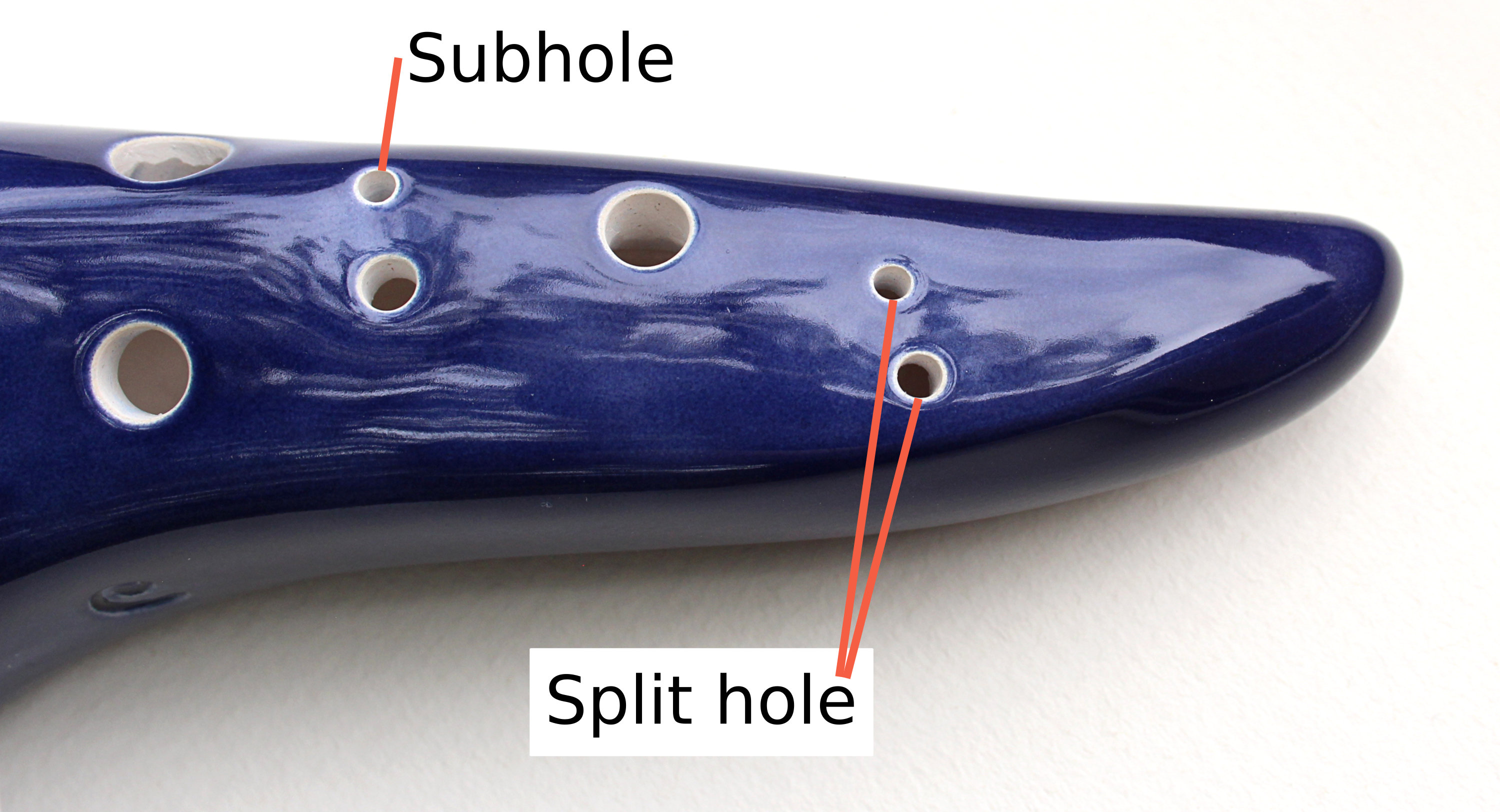 The 10 main finger holes, not including the subhole(s) if applicable, can be considered 'home base'. Whenever they are covered and the right pressure used, the ocarina will sound the note of its key—C if you have a C ocarina. The diagrams below depict equivalent fingerings for a 10 hole ocarina with a split pinky hole, and a 12 hole ocarina with 'Taiwanese' style subholes. Different subhole configurations exist which are explained later. Notice that the fingerings of the 10 main holes does not change. 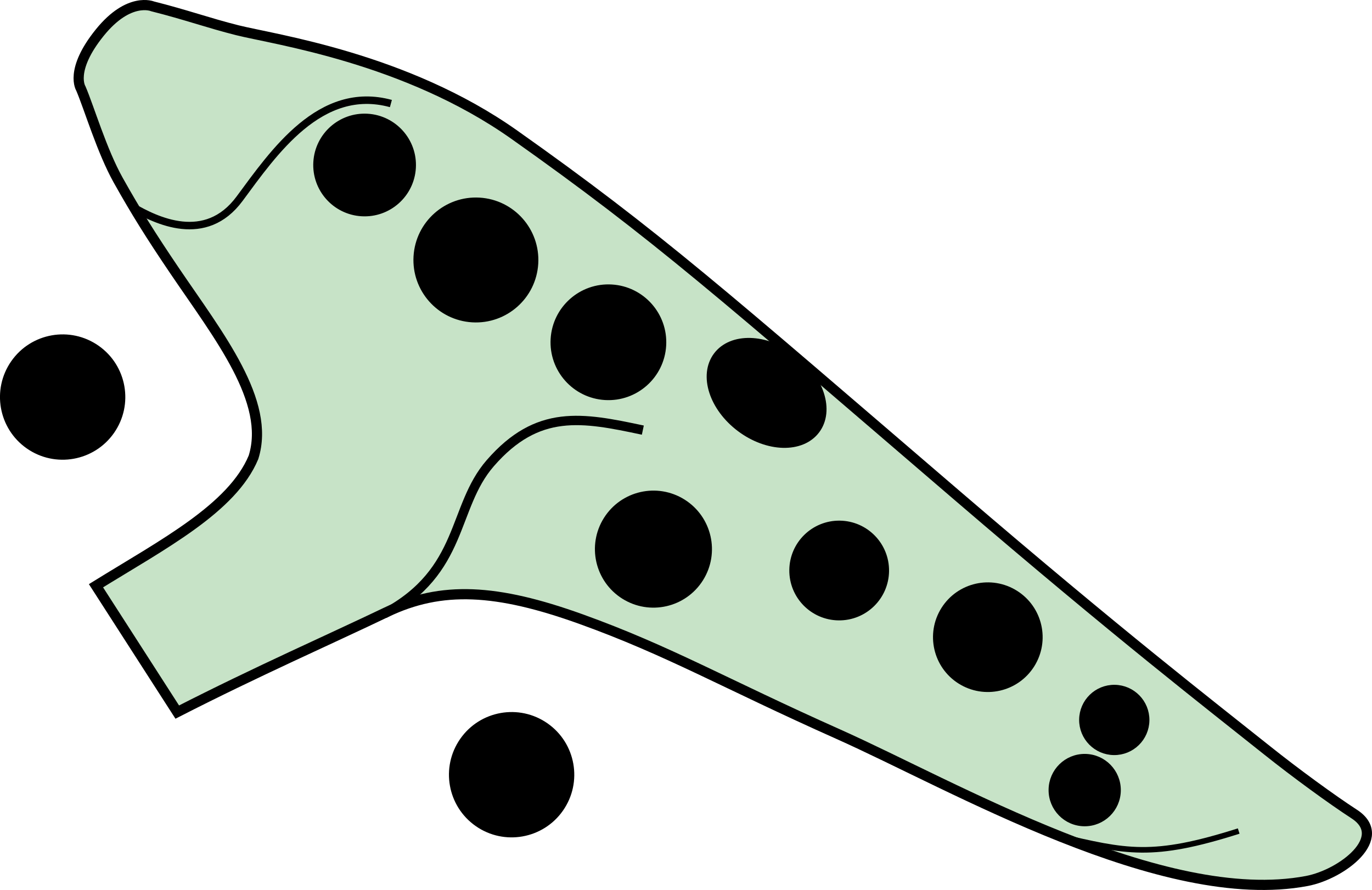 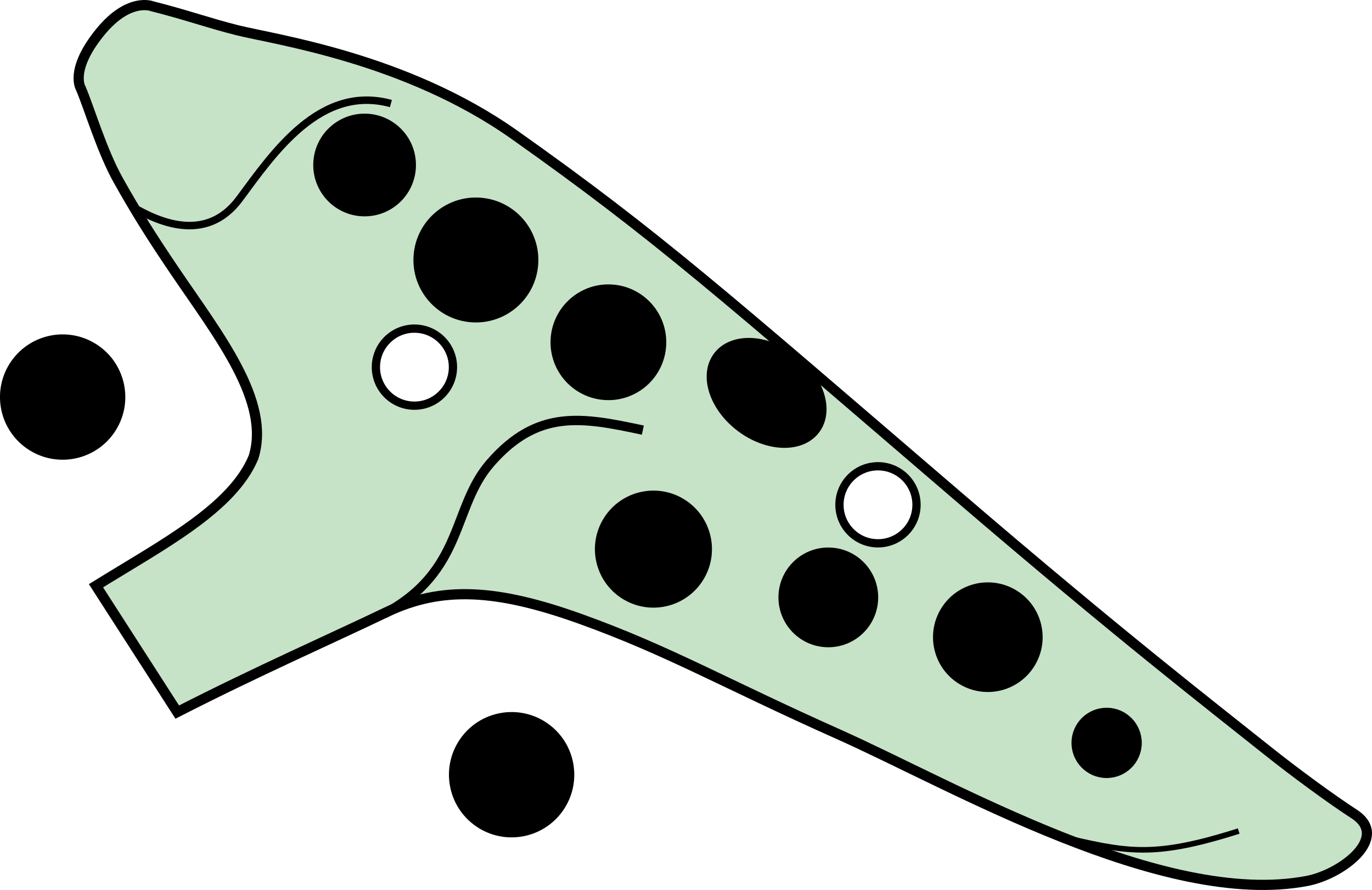 Note that low C on the staff technically refers to C4 or middle C. Ocarinas typically consider this 'low C', regardless of their octave.

As was noted in 'Ocarina keys and pitch ranges', subholes do have limitations. 12 holes is on the limit of what an ocarina is physically able to do, and having two subholes tends to be a compromise. The second subhole is usually tuned with a pressure drop leaving the note very quiet; in practice, it is more useable as a B♭. These notes also have ergonomic problems as sliding fingers is harder than lifting and placing them. 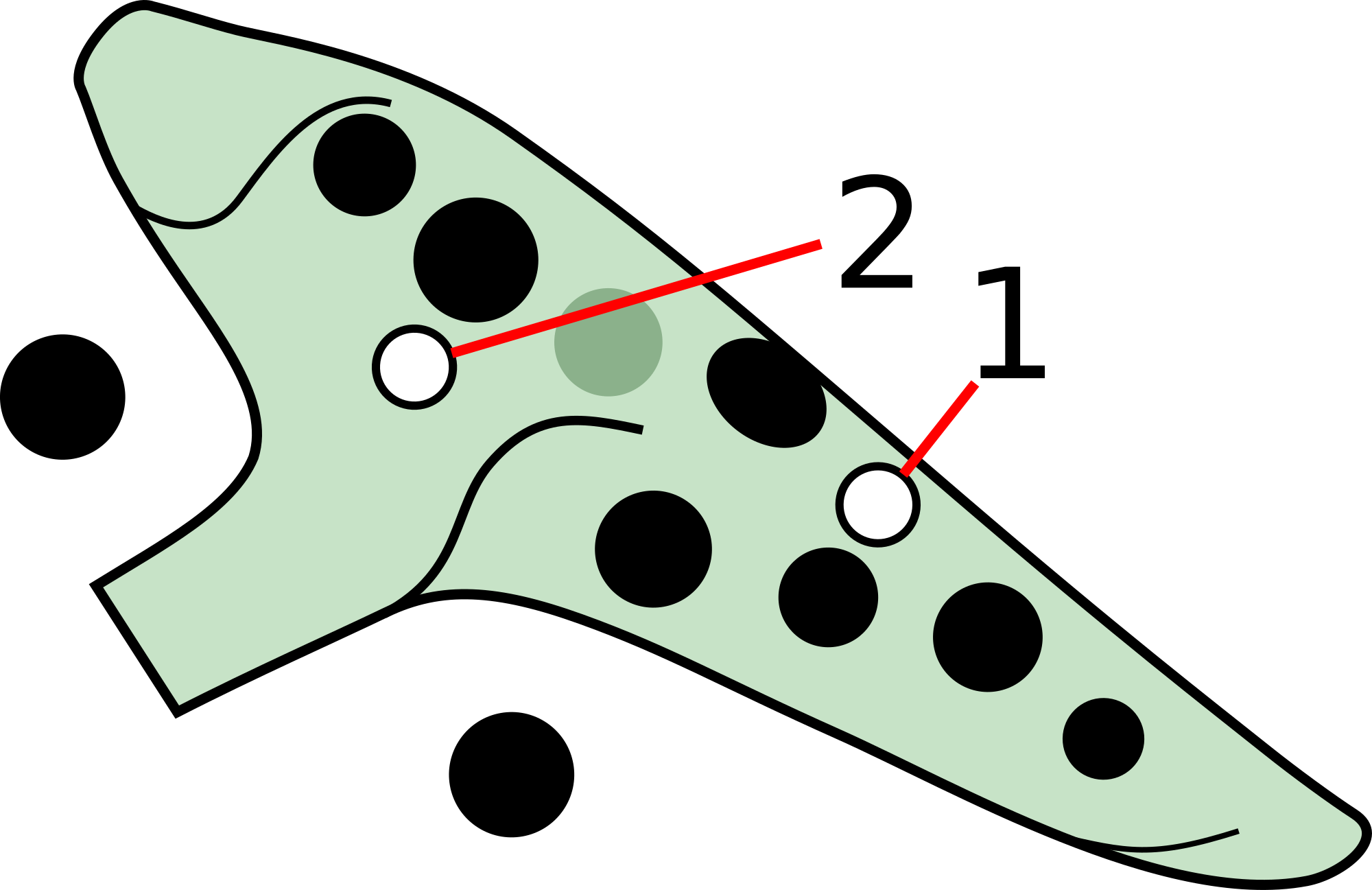 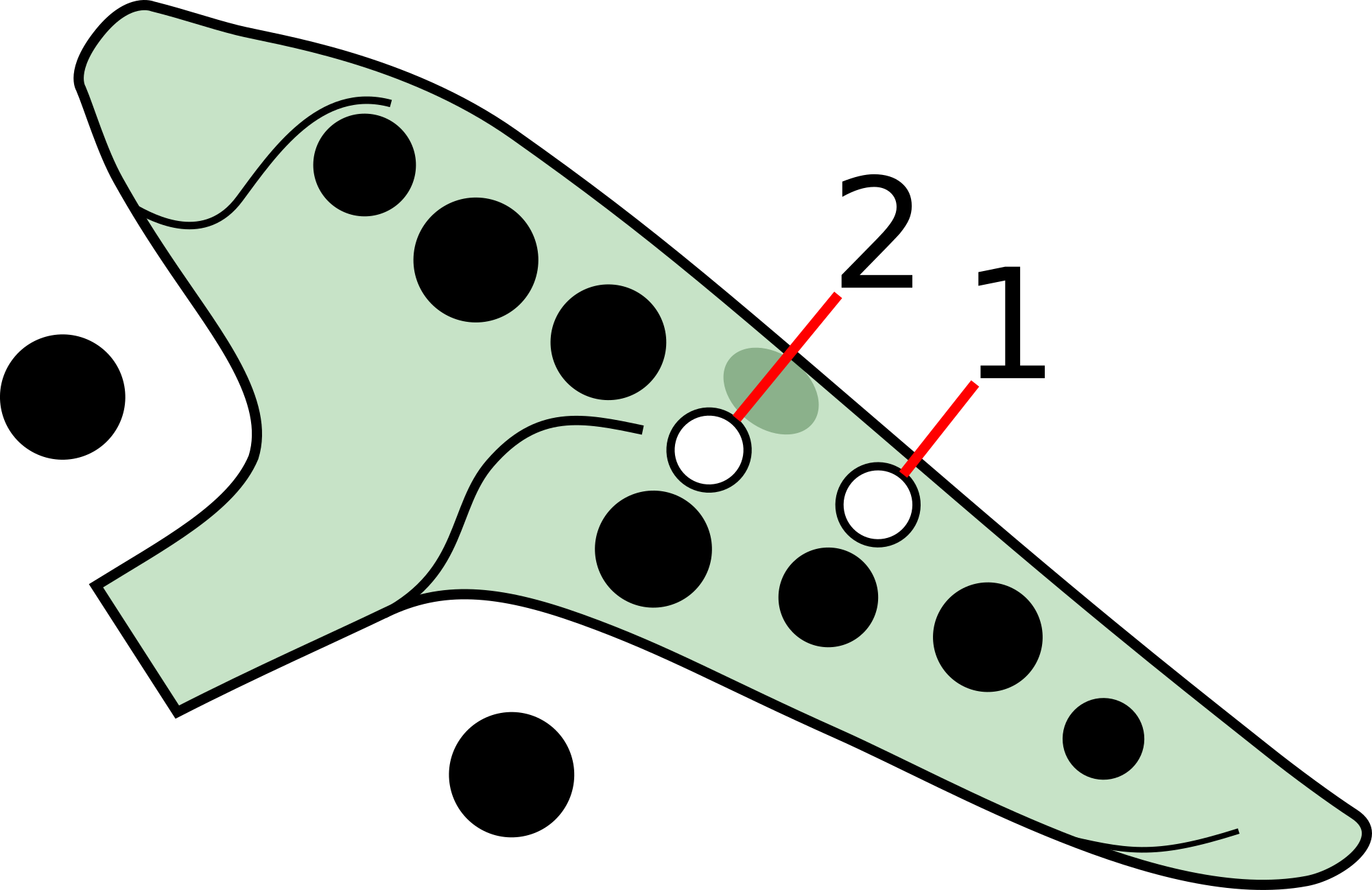 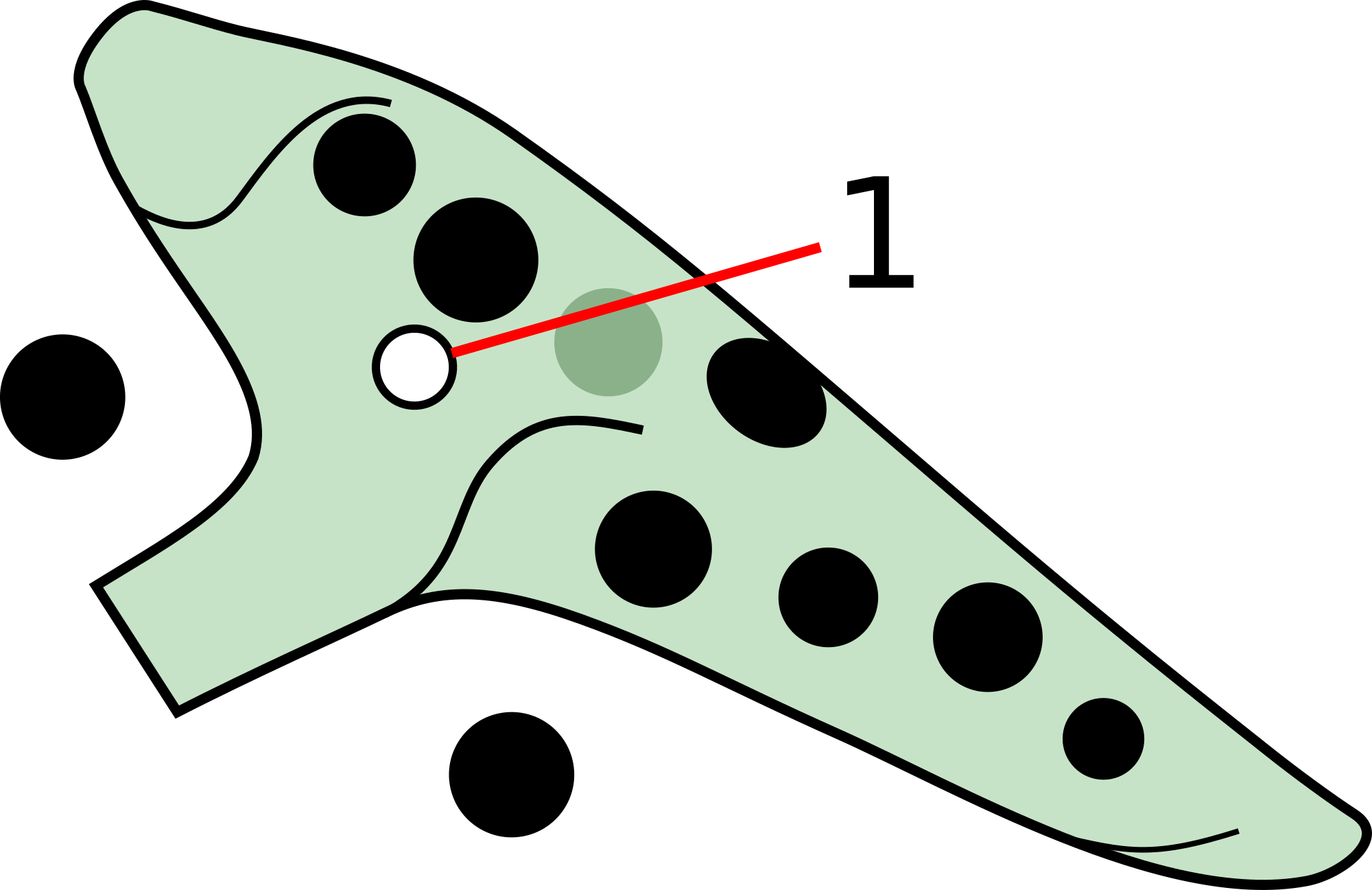 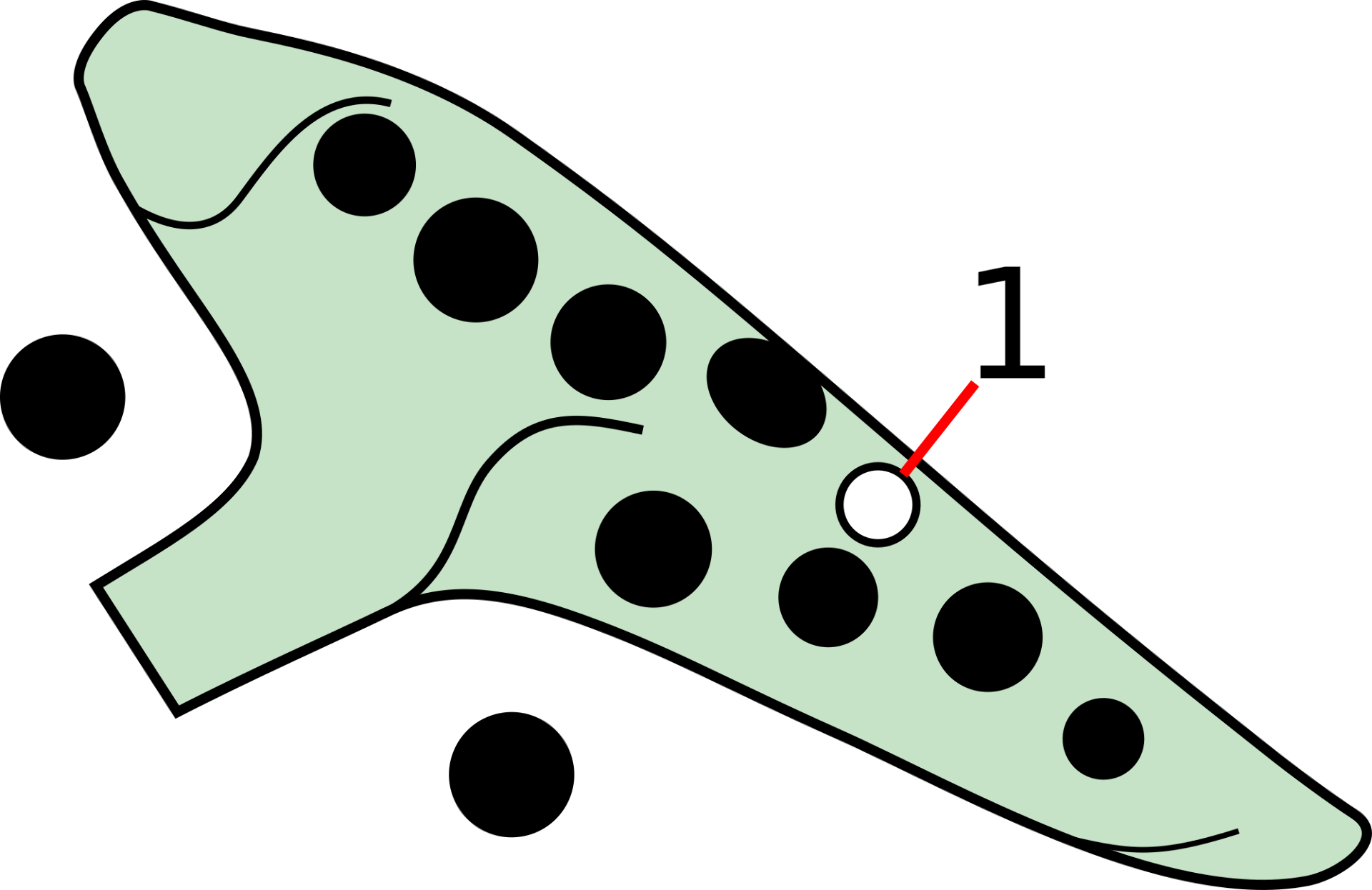 Personally, I don't find subholes very useful. They can serve as passing weak notes, but you generally wouldn't want to start or finish a performance on them unless you are deliberately aiming for a weak effect. If you wish to use lower notes in a performance, I think playing a multichambered ocarina in a lower key is superior, such as a double alto G.

The above fingerings show the application of a split hole, covering only one of the holes to play the sharp. Cross fingerings result in well tuned accidentals on higher notes because there are many possible combinations available, so there is a good chance one of them will be well tuned. This is not true of the low notes, and playing C♯ with a subhole forces a compromise between the sub hole and the C♯. Split holes can significantly improve the tuning of the accidental, as they give it a dedicated hole.

Alternate fingerings often play in tune at a different pressure, and thus can be used to deliberately make notes stand out. They can also be useful at speed. When playing fast, rhythmic errors are often more obvious than the pitches of individual notes. Consequently, it is OK to allow tuning to drift slightly if it allows you to play smoothly.