What is an ocarina?

The ocarina is a wind instrument with a pure ethereal tone. They are typically made from ceramic, and can play music ranging from mournful, slow melodies to highly ornamented tunes. Most ocarinas are small, easily slipped into a pocket or bag, and played wherever it takes your fancy. 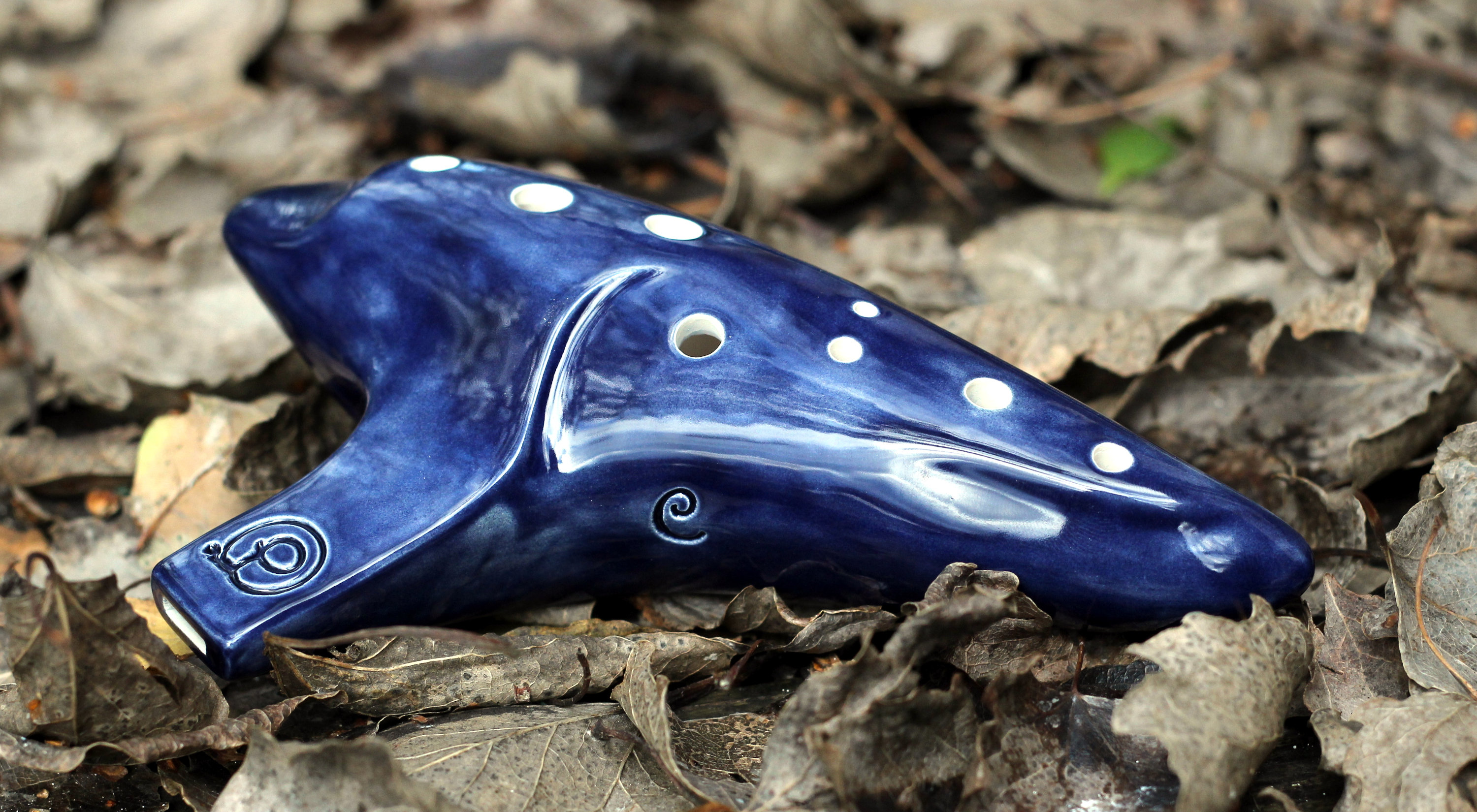 Ocarina-like instruments have existed for thousands of years. Many cultures have ceramic whistles that sound by blowing into a hollow chamber, and were probably discovered independently. These historic examples are most commonly in the shape of birds and other animals, and can be used to reproduce sounds like bird calls. However they were never intended as serious musical instruments in the modern sense.

One variant of these developed into the transverse ocarina we know today. In Budrio, a small town in northern Italy, there was a tradition in the 19th century of 'ocarinas', small ceramic whistles in the shape of a goose. In fact, 'ocarina' means 'little goose' in a historic dialect of Italian.

An Italian called Giuseppe Donati took inspiration from these and developed a serious musical instrument, the transverse ocarina.

Chromatic is a music term that means 'contains all 12 notes'. On a piano, that corresponds to both the white and black keys. The 'white keys' are the diatonic notes of the C scale, and the 'black keys' are the chromatic notes. For more information, see the page Octaves and scale formation.

Transverse ocarinas have a chamber shaped like a cone with a point on both ends. 8 finger holes on the top, and two thumb holes.

Donati developed ocarinas that play in multiple keys and octaves, and a tradition of playing ocarinas in a group of 7 players. A group plays ocarinas ranging from large contrabass instruments to small sopranos.

The ocarina in Asia, and the addition of subholes

At some point Italian ocarinas made their way to Asia and were copied and developed upon. They became popular when a player called Sojiro performed music on the ocarina in a popular documentary film called 'Great Yellow River'. Today, ocarina is widely played to a high standard in China, Japan and Korea.

The Asian ocarina design differs notably from Italian instruments , with a longer tail, and a rounded 'cappello'. 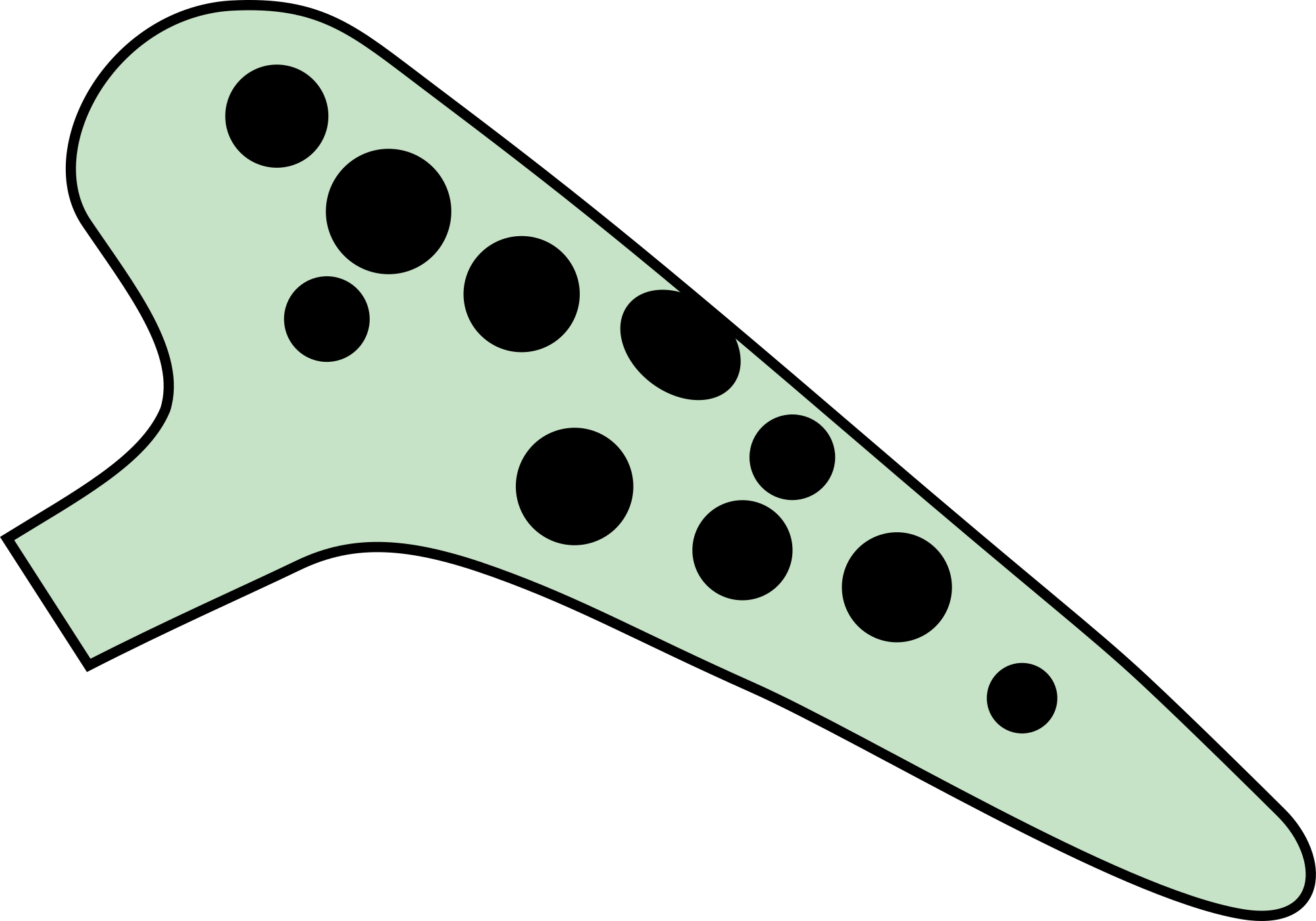 Asian ocarina designs also differ as Asian makers added 'subholes' to the instrument increasing the total number of finger holes from 10 to 12. The subholes are used by covering multiple holes with the pad of a single finger. 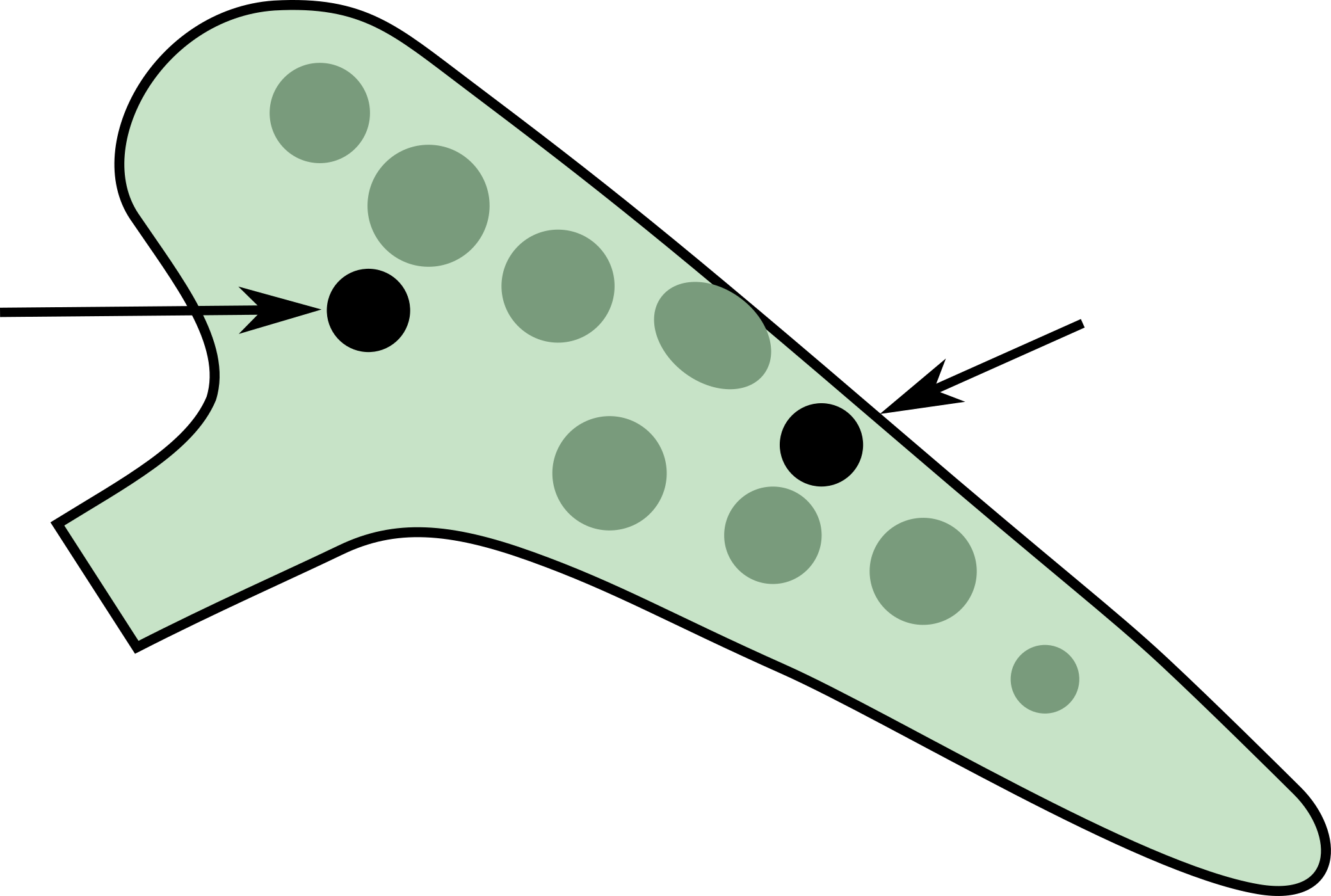 The instrument has come back into western awareness from this Asian tradition through media, including Totoro and the Zelda franchise. 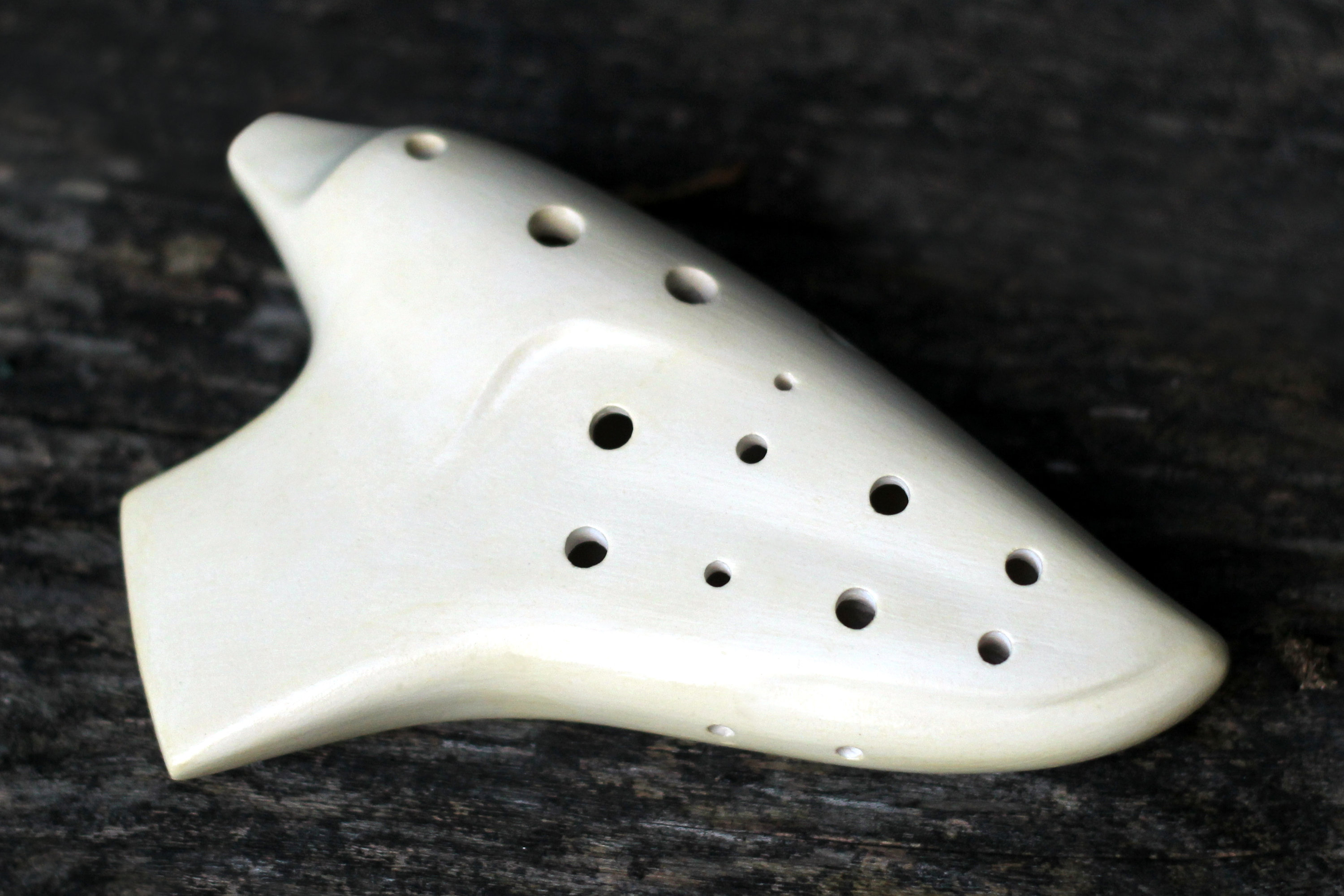 On most wind instruments it is possible to 'overblow', to play notes in different octaves by blowing harder or softer. Ocarinas cannot do this though. Each diatonic note has its own hole, and the total range a single chamber can achieve is limited by physics to slightly more than an octave.

To add additional range, multichamber ocarinas were created. Extra smaller chambers are added to the right hand, which are tuned to play higher notes. Multichamber ocarinas may have as many as 4 chambers, giving slightly more than 3 octaves of range.

Use of the word 'ocarina'

It is worth noting that the term 'ocarina' is very ambiguous in real world usage. It refers both to the Italian instrument described above, and the historic sculptural whistles. People refer to anything that makes sound using a hollow chamber as 'ocarina', despite the fact that these things vary hugely in their playability.

For this reason, it is important to realise that the term 'ocarina' refers not to a single instrument, but rather a collection of different instruments that happen to have the same name.

Different types of ocarinas can be distinguished using classifiers, for example 'transverse ocarina'; however their usage varies and are frequently omitted.

Why is it so ambiguous?

This ambiguity probably exists as ocarinas have not developed a strong player tradition outside of Asia.

A good quality transverse single or multichamber ocarina is no less capable musically than a good tin whistle. However people in most countries either are not aware of the instrument at all, or consider it a toy or novelty due to the mass availability of poor quality examples.

It is common for people to consider versions of the instrument the same, following the logic that 'if it produces sound using the same mechanism, and has the same kind of timbre, it is an 'ocarina'.

Other instruments with the same characteristics like guitar, ukulele and mandolin, which have different musical functions and names, also have much stronger traditions of serious playing.

Regardless, the ambiguity of naming that exists in the ocarina ecosystem is confusing, and an awareness of different ocarina types is critical for any serious player. These different things, and how to identify them are discussed on the page Types of ocarinas.