What is the easiest instrument to learn?

In my opinion, the easiest instrument to learn is a MIDI sequencer, such as LMMS: with such a program, it is easy to play cleanly articulated, in tune, and in time notes within a few minutes by dragging and dropping them on a timeline. The need for numerous hours of rote practice is completely obliterated. Plus, you can listen to your results on headphones, never worrying about embarrassing yourself. Perhaps you would consider this cheating, but I don't think so. A lot of commercial music is produced in part, or entirely, using tools like this. 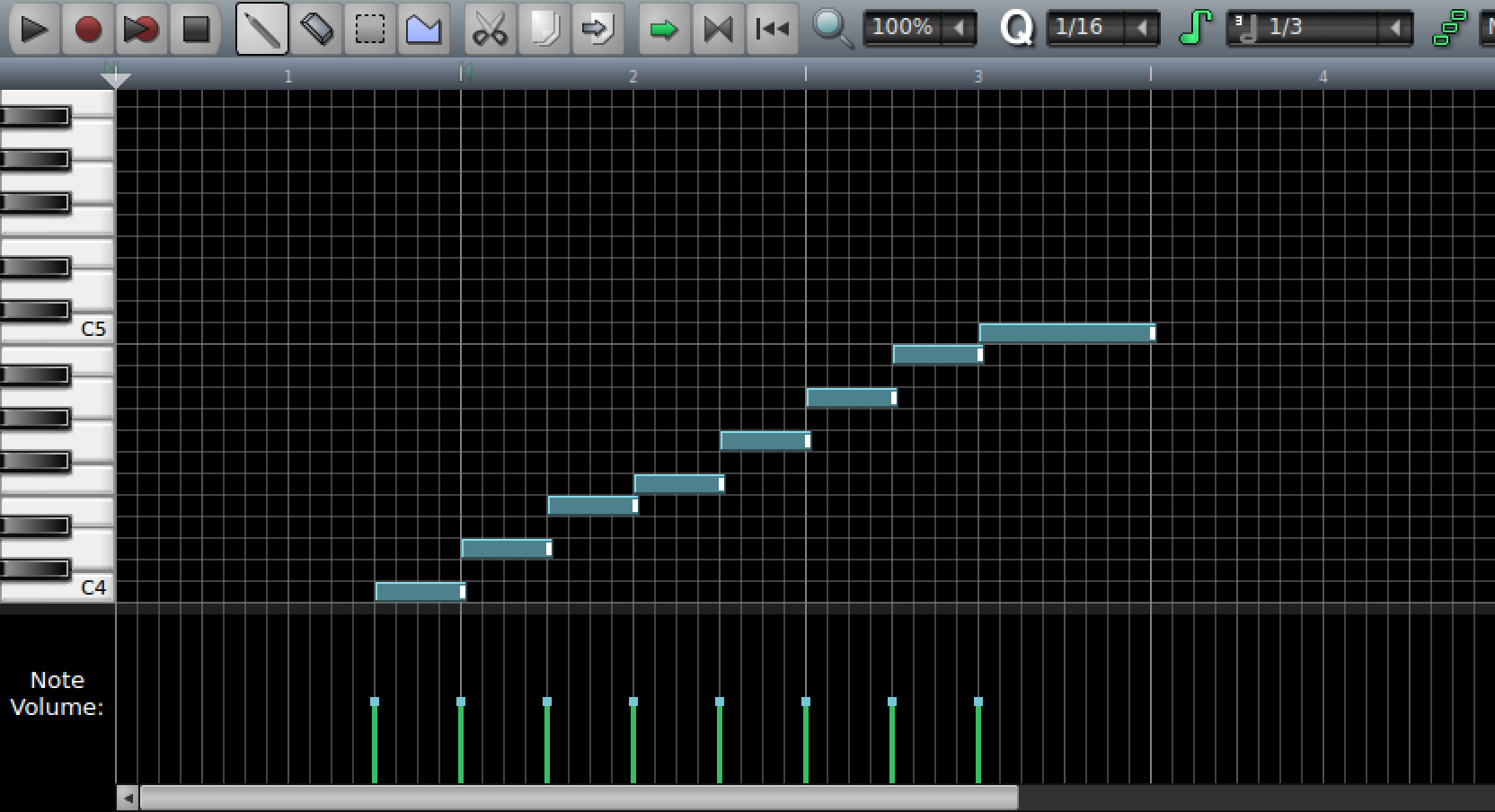 But even using such a tool, you may still wonder what to do. This hints at a deeper issue: that learning an instrument is difficult in part because you are actually learning to do two things:

Using a midi sequencer makes the second task trivial, but you still have to tackle the first. Essentially, a large part of learning to play an instrument has nothing to do with the instrument itself.

There are multiple ways to begin developing this initial understanding of music:

I can't tell you which is best as different people learn differently. Just give all of them a try and see what works for you. Don't worry if this feels really obtuse at first, as it does get easier. As you spend more time working with and around music, you will begin to develop an intuitive sense for how it works. All Western melodic instruments are based on the same system of notes. Consequently, it is easy to transfer music learned on one instrument to a different one.

As you spend more time working with this, you will quickly start to see its limitations. Because all of your notes are input in advance, there is no room for spontaneous performance or improvisation. Working like this can also be tedious as inputting notes one at a time with the mouse is clunky and slow; you can't think of something and immediately play it.

Physical instruments don't have this limitation because they make use of a different part of your mind: the subconscious. An example of your subconscious at work happens when you type regularly on a computer keyboard. With practice, you can type accurately without looking at the keyboard because your subconscious will remember where each key is. Musicians interact with instruments in this way, too: they learn the instrument so intimately that they no longer have to think about it. This frees them to think about other things, like improvisation and interacting with their audience.

However, this is one of the biggest obstacles to playing these instruments. While playing an instrument can appear to be a single task, it is actually a number of independent ones: for example, fingering the correct notes in sequence, executing these fingerings with the correct rhythm, and considering how to ornament the notes to add interest. While you can consciously think about any one of these at a time, performing them simultaneously demands use of the subconscious. You have to practise each of these elements separately until they become automatic. Thus, it is generally impossible to pick up a new instrument and play it competently straight away.

Arguably, some instruments make this initial task easier as they require less from the player. Regarding melody instruments, the xylophone is about as simple as you can get: you have a collection of bars that play pre-tuned notes and a stick to whack them with, requiring only one hand and no complex finger movements. This can be contrasted with the violin, where the player controls volume, timbre (tone colour), and articulation (the separation of notes) using bow speed, direction and pressure. The barrier to entry is higher as the margin for error is very small. You can bash out a recognisable tune on a xylophone in an hour or two, whereas your initial time on the violin would be dominated with days of bowing practice.

That being said, viewing instruments in this way makes a serious omission: people are different. Varying hand sizes and finger lengths mean that you will 'fit' more naturally with some instruments than others. People also think and perceive the world in different ways. These factors have a big impact on which instruments you find easy to play, and an instrument that has a reputation of difficulty may be easy for you. The only way to discover what comes naturally for you is try as many instruments as possible and see what connects.

Also note that an instrument's visual complexity has little bearing on how difficult it is to play. To give an example, the modern concert flute has a visually complex key system, but its actual fingerings are not that different from the ocarina. In fact, such instruments are often easier to play as the key systems are designed to make certain finger transitions easier, by offering alternative fingerings. You needn't be intimidated by them as these details can be learned as and when you need them.

I feel that your best option is to learn the basic mechanics of music using a midi sequencer. Once you have grasped this, try as many instruments as you can get your hands on and see what feels right to you. Learning to play any instrument musically is going to take a long time, so while you may be able to make more progress initially on an 'easy' instrument, this will be for nothing if you don't enjoy it and give up in a few months.

The progress that you make on any instrument is also affected to a huge degree by how you approach practice. With simpler, more 'intuitive' instruments, it is easy to approach practice without an overarching method, following intuition. This can be problematic as, while you may randomly stumble on a good approach, it is very easy to land on a bad one and make little progress as a result. Following a good method will speed your progress on any instrument, as how you physically interact with an instrument has a big impact on the sound you get out of it.

Finally, while it can be argued that some instruments are easier to approach, I do not believe that harder instruments are 'better', or give their player bragging rights. Most real world music is a collage of many instruments, and every instrument has its own unique timbre and effect. Whether or not an instrument is better than another depends on the effect the music is trying to create. If the situation calls for an airy flute sound, being a world class violinist will do nothing for you.

Instrument capability depends a huge deal on perspective and the effort that you are willing to put into it. You can create very complex technical music using only 8 or 9 notes, such as that found on the Highland bagpipe. Even the humble triangle can create complex rhythms, far more than the single 'ting' it is stigmatised of.