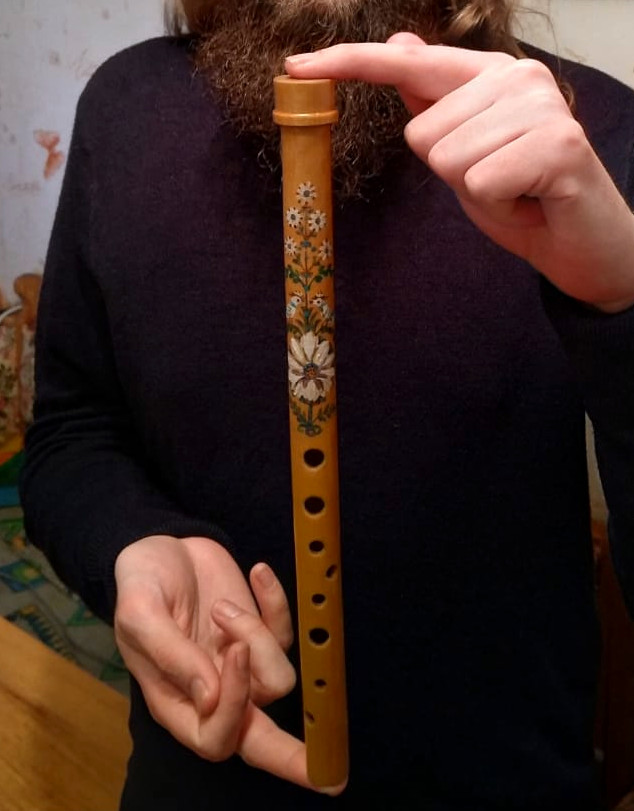 I stayed with one of my Russian friends for a few days who is an advocate of the Svirel. The Svirel is an ancient Slavic wind instrument popular with all Eastern Slavic countries, yet was unknown to me. In Ukraine it is called Sopilka, in Russia it is called Svirel, and the Belarusians call it Dudka.

It is a parallel bore tubular fipple flute similar in some regards to a tin whistle. However it is fully chromatic and mostly does not use cross fingerings.

The svirel is derived from an earlier 6 hole instrument, but was modified to be chromatic in a part of the USSR that is now in Ukraine. The chromatic system comes from after the war, sometime in the 1950s. It was patented by Dmitriy Demenchuk in the USSR.

However, Russia is the legal successor of the USSR. Therefore, it can also be considered Russian.

A Svirel is held in much the same way as other tubular instruments with the right hand below the left hand. The instrument has a hole for every finger, including two pinky finger holes which are offset to make them easier to cover. 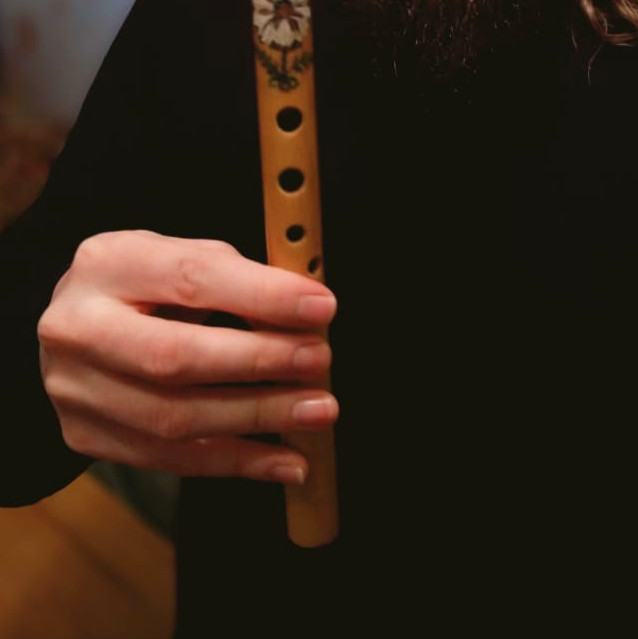 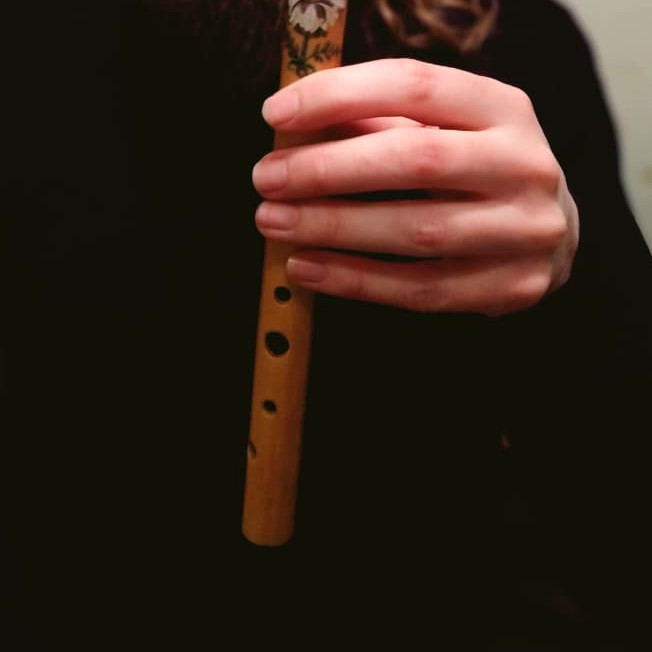 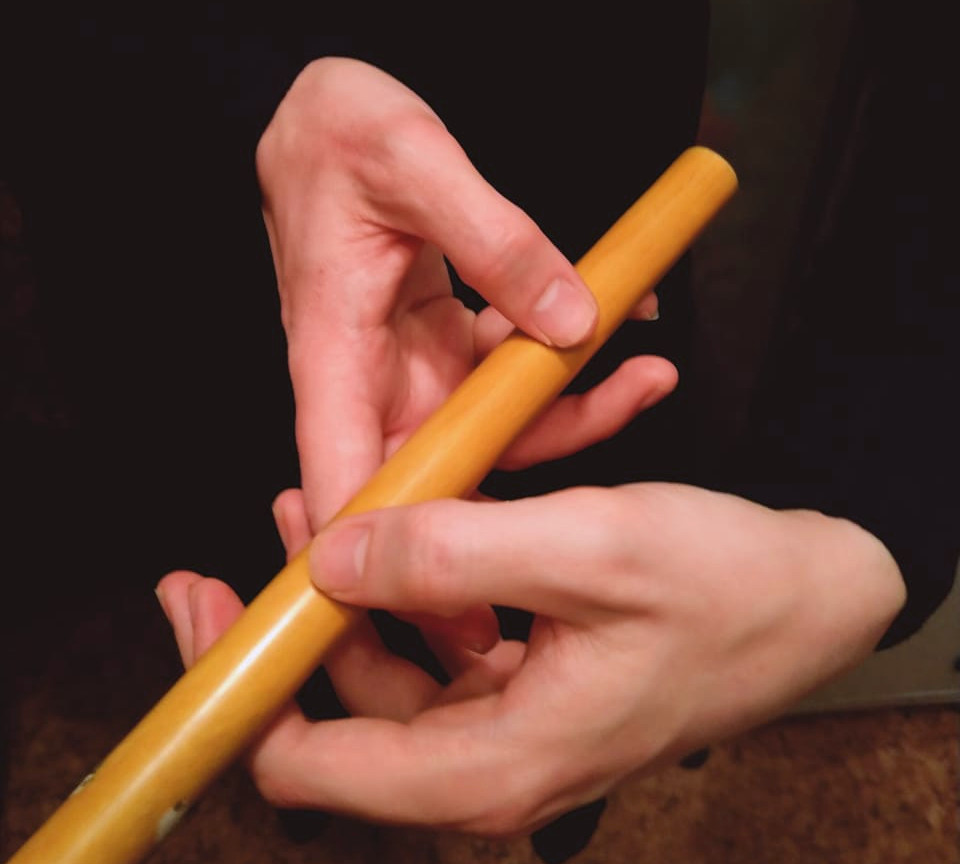 Playing a basic C scale is marginally more complex than the 6 hole system, as the ring and pinky fingers move together, and took me some time to adapt to.

Lifting only the lowest finger produces a semitone 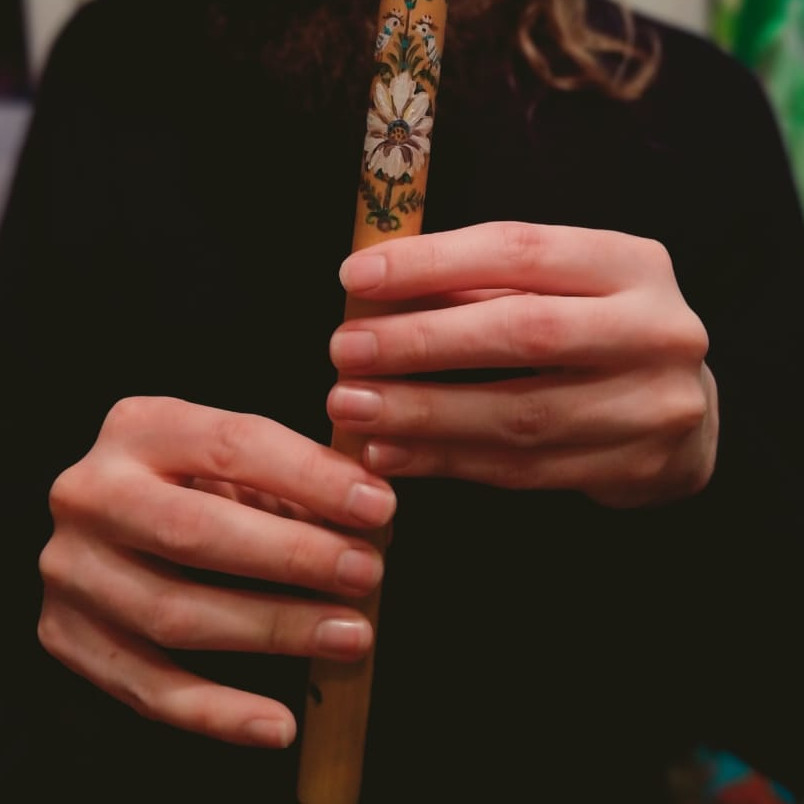 Lifting the lowest two fingers together produces a whole tone 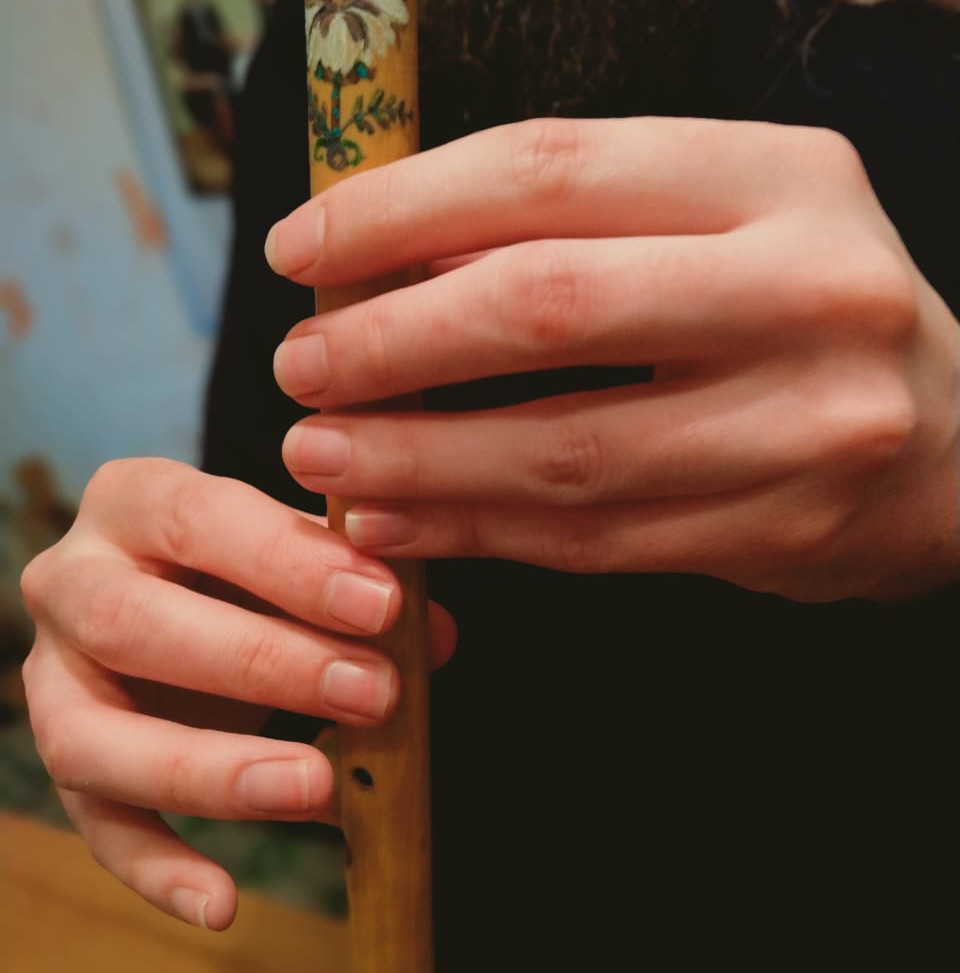 I also think that the instrument would be possible to tune more accurately in a chromatic scale than keyless instruments using cross fingerings for the same notes, as most of the chromatic notes have dedicated holes.

Note this does not apply to keyed instruments, as all notes typically have their own holes and the key system obscures that. 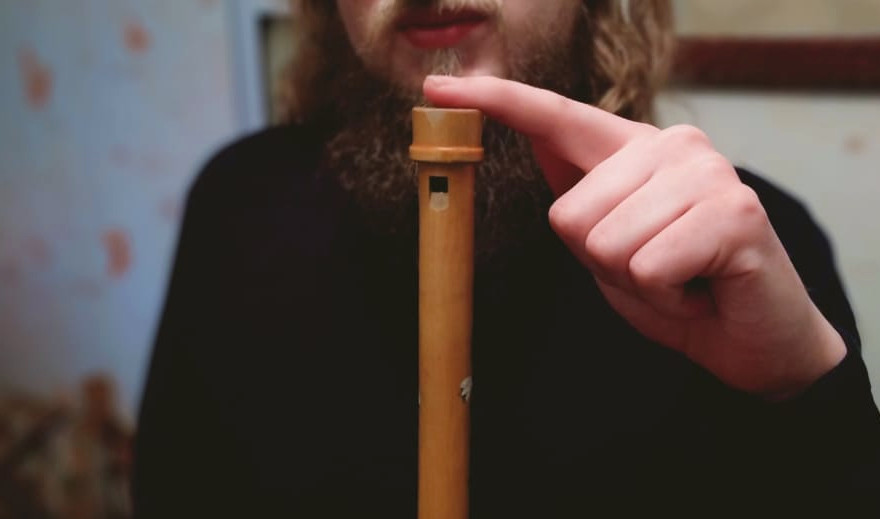 The svirel also differs from recorder and tin whistle as its voicing is on the back. Ducted flutes usually have notable limitations when compared with transverse flutes as the voicing is fixed. A player of a transverse instrument can vary the blowing angle and shade the sound hole using their lips, allowing volume and pitch to be controlled.

The voicing of the svirel is positioned on the back, which gives both the ease of tone production granted by a windway, and allows the player some control over pitch and volume. The angle of the instrument may be changed, resulting in the voicing being shaded by the player's lower lip, reducing the pitch. Volume can then be increased by blowing harder. 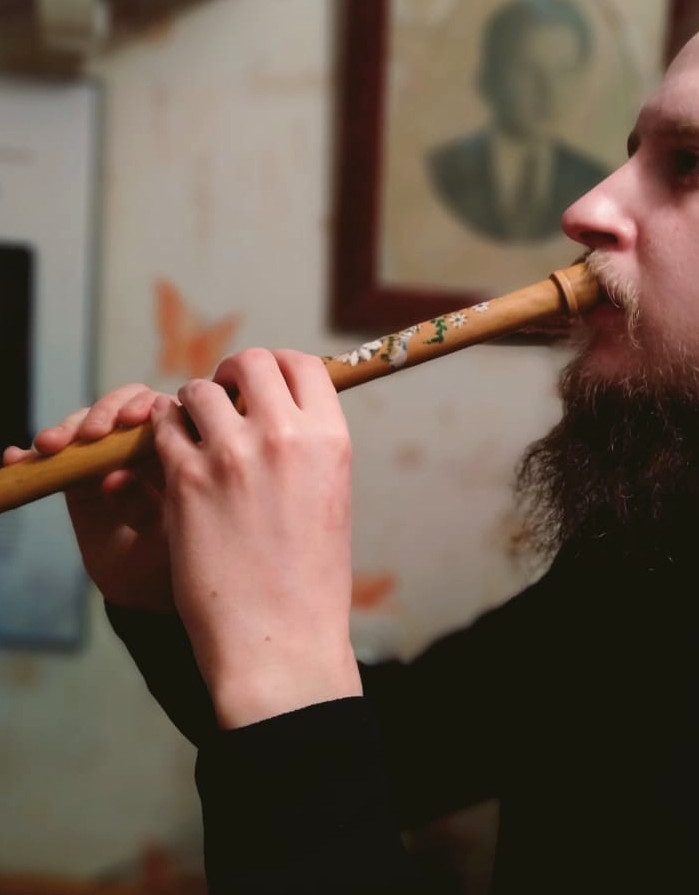 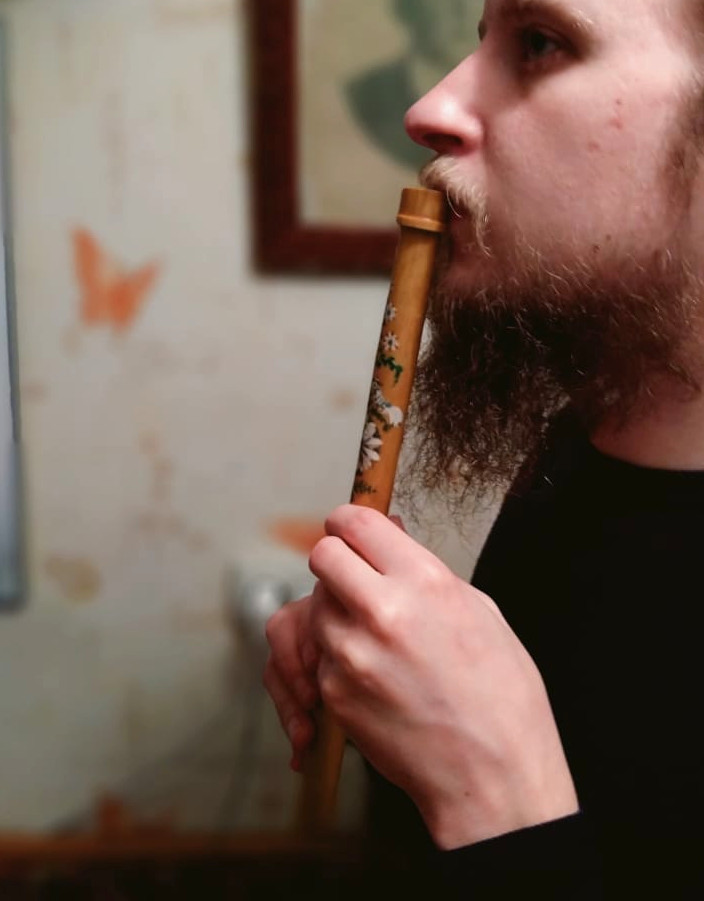 L1 and R1 is the index finger, other fingers are numbered sequentially.

You can find more information about the instrument on my friend's facebook page: