Why do I get hand or finger pain from playing the ocarina?

There are quite a few factors which may cause hand or finger pain while playing the ocarina:

Being new to the instrument

It is normal to experience some amount of discomfort while playing a new instrument, as you are asking your body to to something it is not accustomed to. Playing the ocarina requires holding your hands up for an extended period of time, using muscles you are not used to using, and putting your hands into an unnatural position. This will go away after a few weeks.

New players commonly hold the ocarina extremely tightly in fear of dropping it. If the area around your fingernails turns white, you are holding the instrument too tightly. Doing this can cause finger pain and tends to result in choppy sounding playing. It also exaggerates the rest of the problems noted on this page.

As is noted in the next section, ocarinas are designed to balance on the right thumb. Consequently, you are not going to drop the instrument.

Looking down while playing

Ocarinas are normally balanced to rest on the right thumb when held parallel to the ground. This is preferable as the thumb is one of the strongest fingers. If you look down, a larger portion of the weight is placed on the left pinky which can be painful. To resolve this, look straight and preferably stand while playing the ocarina. If you are looking down to see sheet music, get an eye level music stand. 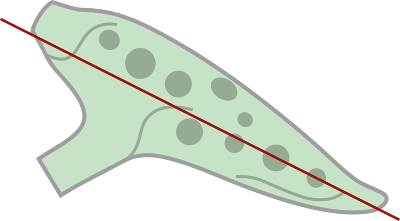 Due to a number of factors including chair design, poor ergonomics in computers, and a lack of awareness, a slouched posture is common in Western cultures. If your chin is below your shoulders when you look at yourself in a mirror, you are slouching. This is problematic as it affects how your head relates to your hands and can force you to make awkward compensations. As long as you don't have known joint problems in your back, it is possible to improve this with practice, but please seek advice from a doctor if you have any doubts.

It is preferable to stand straight while playing and a search for 'good standing posture' or 'tadasana' will show you how to do so. Your elbows should be positioned so that the wrists lie neutrally, neither folded forwards nor kinked back on themselves. Try to avoid kinking the wrists back hard as doing so can cause wrist pain. For most this will mean the arms will rest with the elbows down and slightly away from the torso. Note that when your wrists are straight with the arms, but you are viewed from the front, the wrists will appear bent slightly backwards; as in the first picture below. This is due to the shape of the hand. 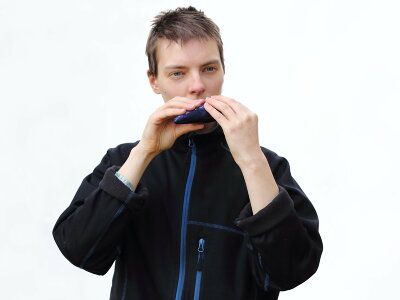 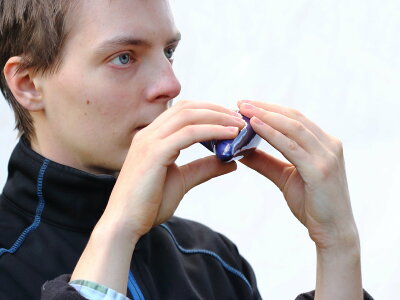 If you are able to bend your thumbs backwards, take care that you never do so. You should also not cover the right thumb hole on the tip of the thumb. Doing either of these things tends to force the other fingers to make sharp bends and this can be painful. Forcefully bending the thumb back may also cause pain in the thumb. 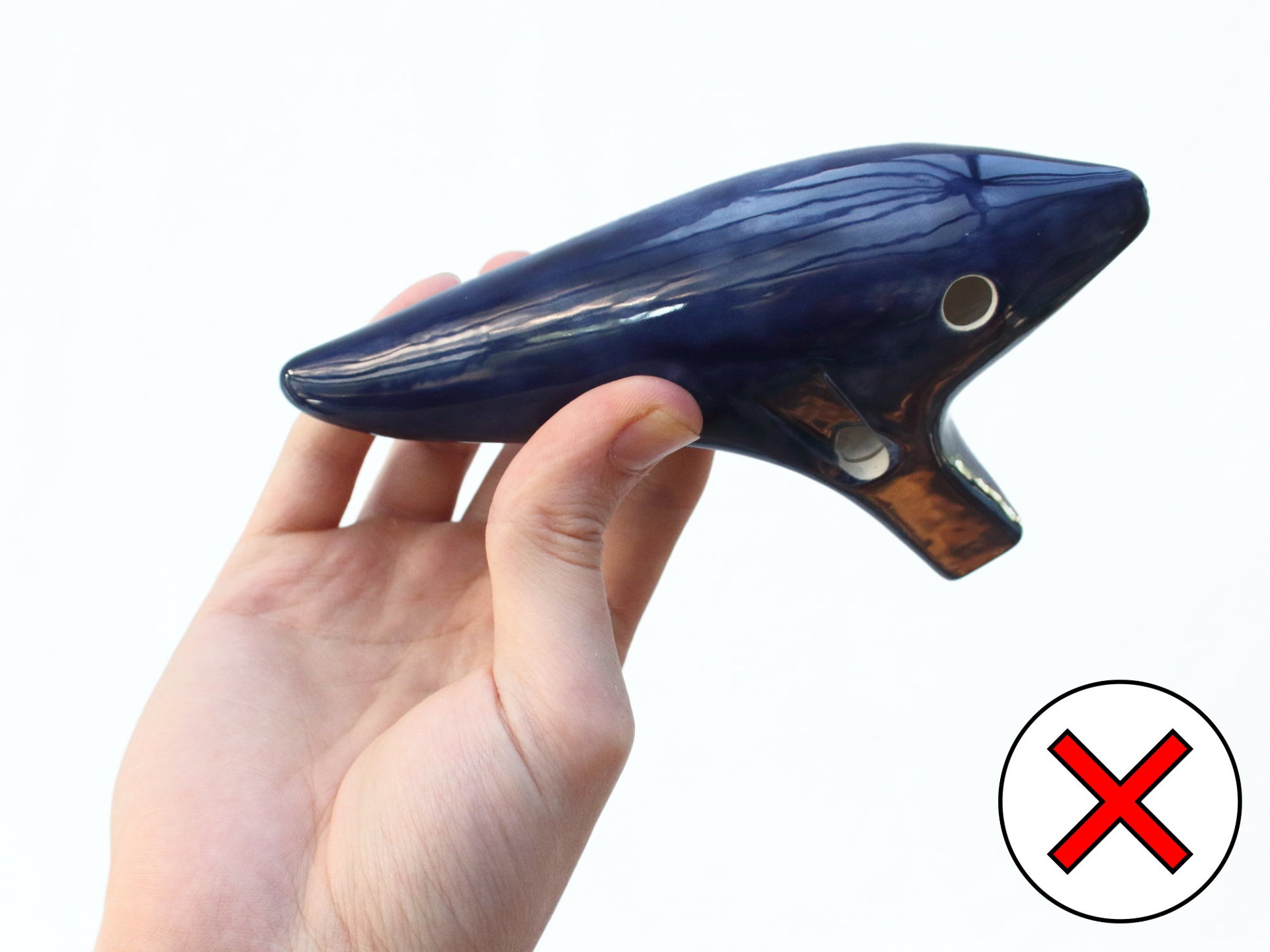 Never cover holes with the tip of the finger 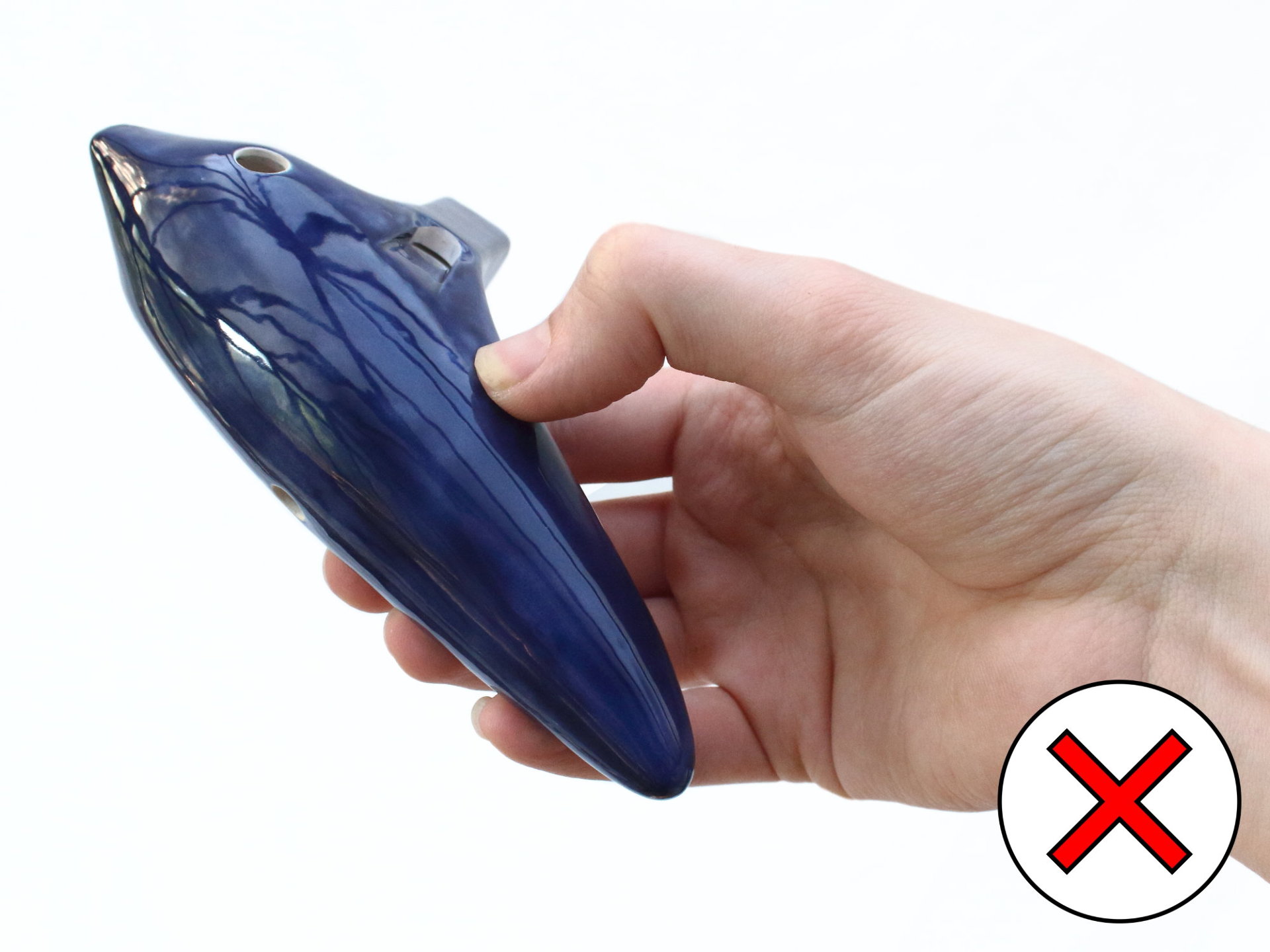 The alignment of the thumb and finger holes

How the finger holes align with the matching thumb hole is an important factor. If this is poorly matched to your hands, it can force the wrists to fold back hard, which can cause wrist pain. This is not a one size fits all problem, though, as the relative lengths of different peoples fingers vary. For me, positioning the finger holes directly opposite the thumb hole allows my wrist to be neutral. 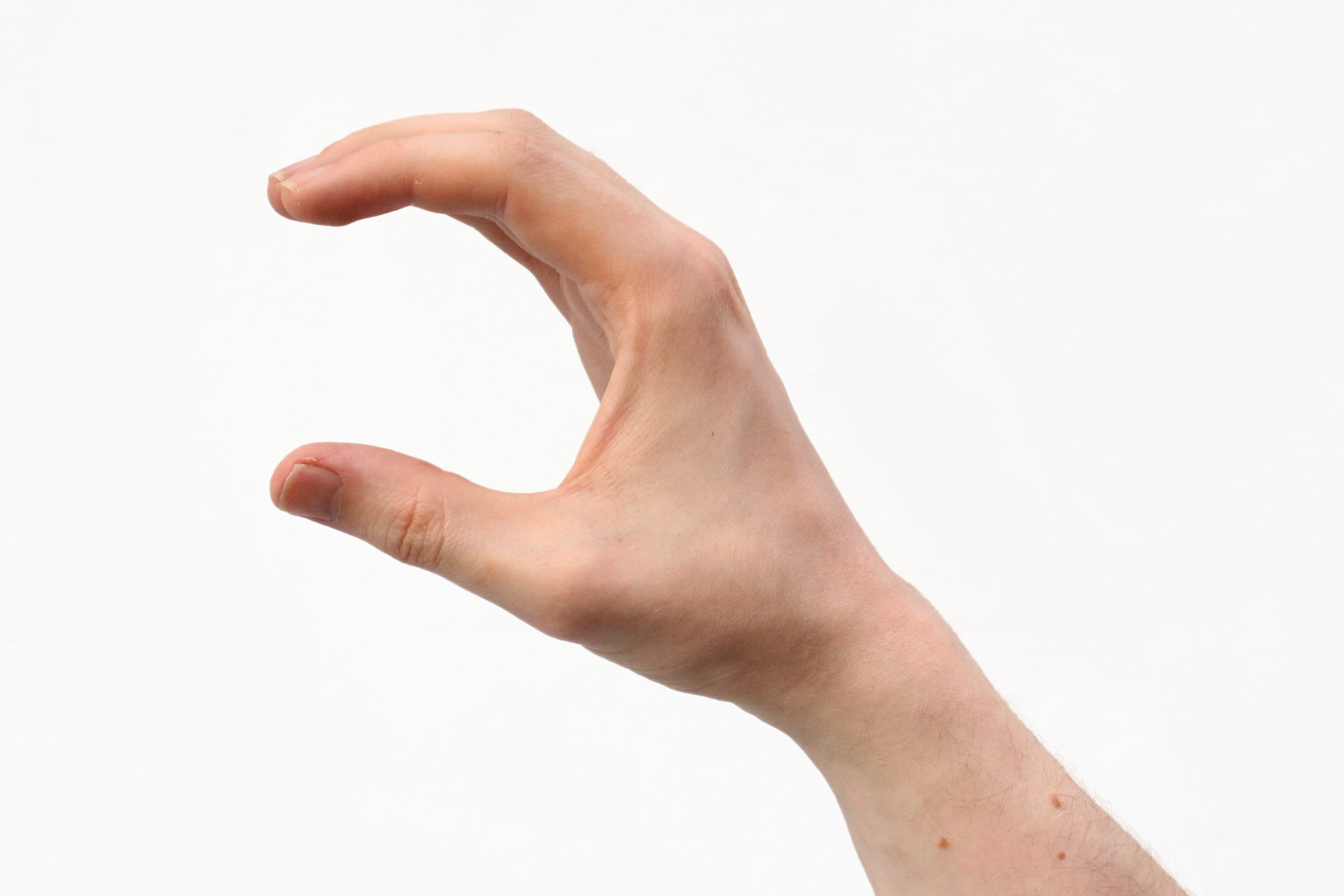 Unfortunately, makers rarely document this alignment, but you can learn to recognise what works for you from photographs. Also, the pads of the fingers are large and you can compensate for this to some extent by deliberately overhanging fingers. I usually overhang my right ring finger quite a lot. The only catch is that you need to be careful not to cover subholes if applicable. 10 hole ocarinas are, in theory, better able to adapt to differences in players hands because there is no need to hold fingers back to leave a subhole open. 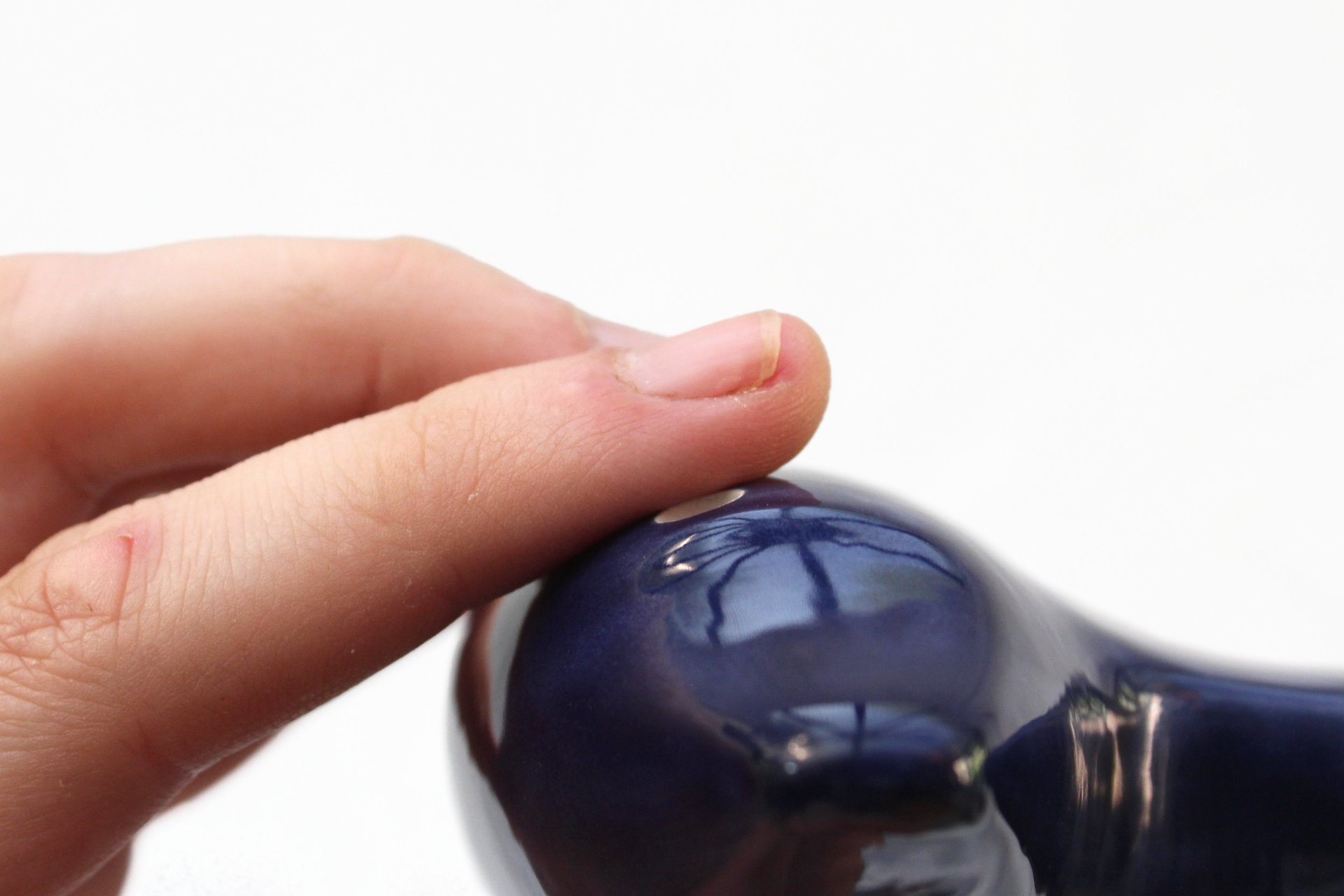 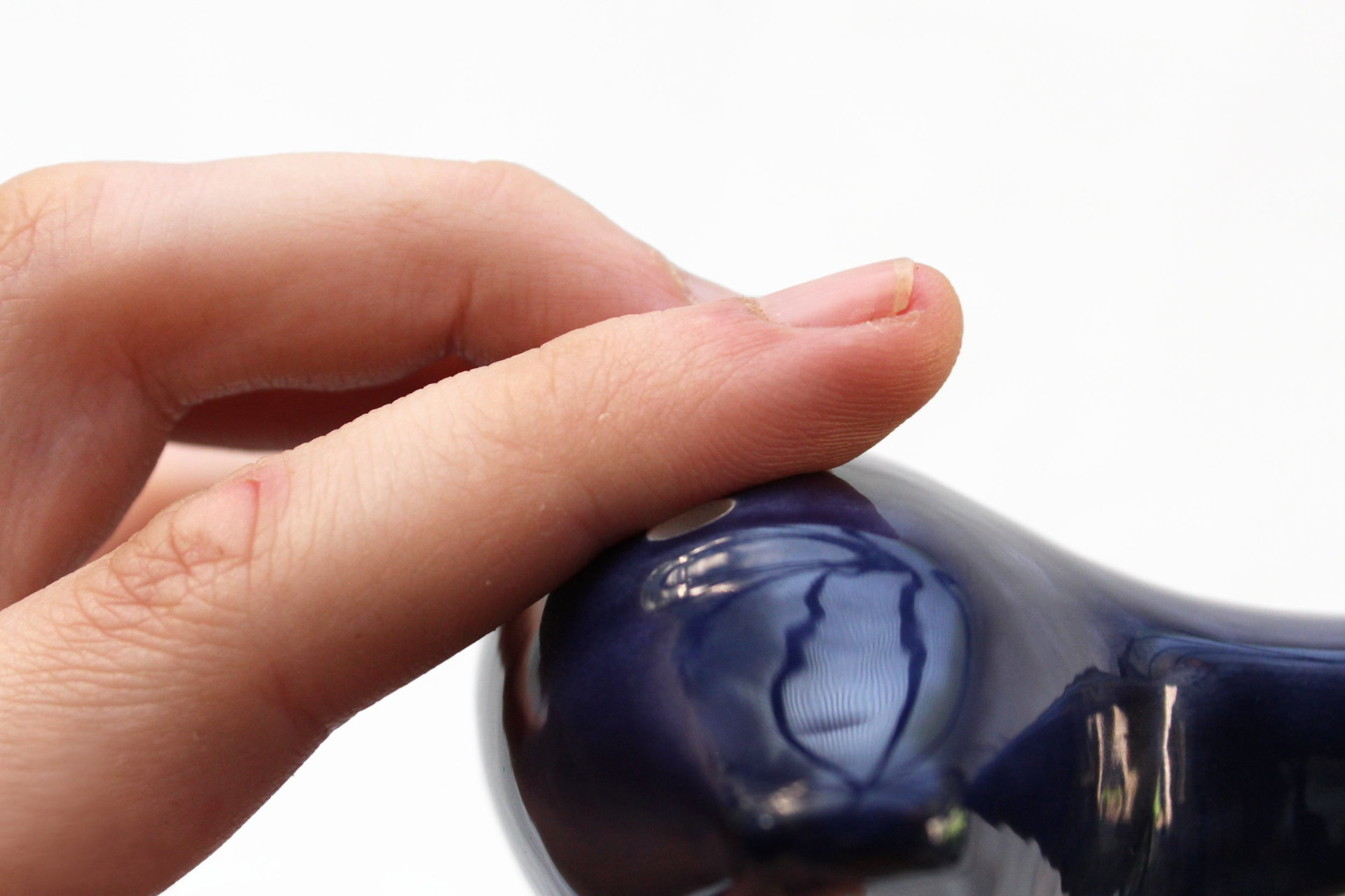 All of these factors are made more complicated by the fact that there is a great deal of flexibility in the hand, and consequently many different ways to hold an ocarina. If any of your fingers rest at odd angles or have sharply bent joints as in the following picture, try to adjust your hand to reduce this. As everyone's hands are different, you will need to experiment to find a position that works for you. You can try experimenting with the following things: 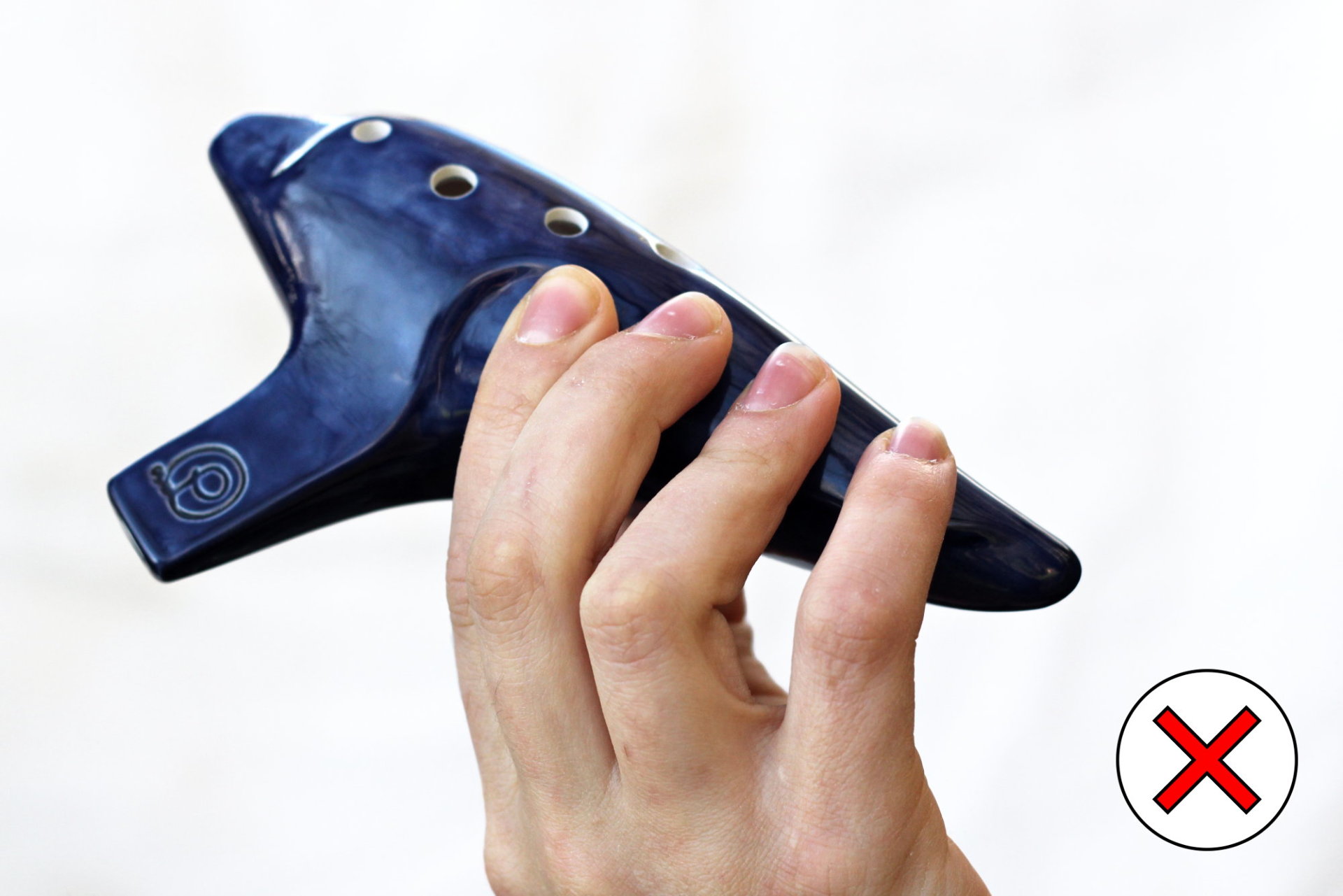 The rotation of the forearm

This influences how the fingers relate to the instrument, causing different parts of the pads of the fingers to cover the holes. At extremes, it forces fingers to lie at odd angles relative to each other. Vary the rotation of your forearm so that your fingers lie neutrally. 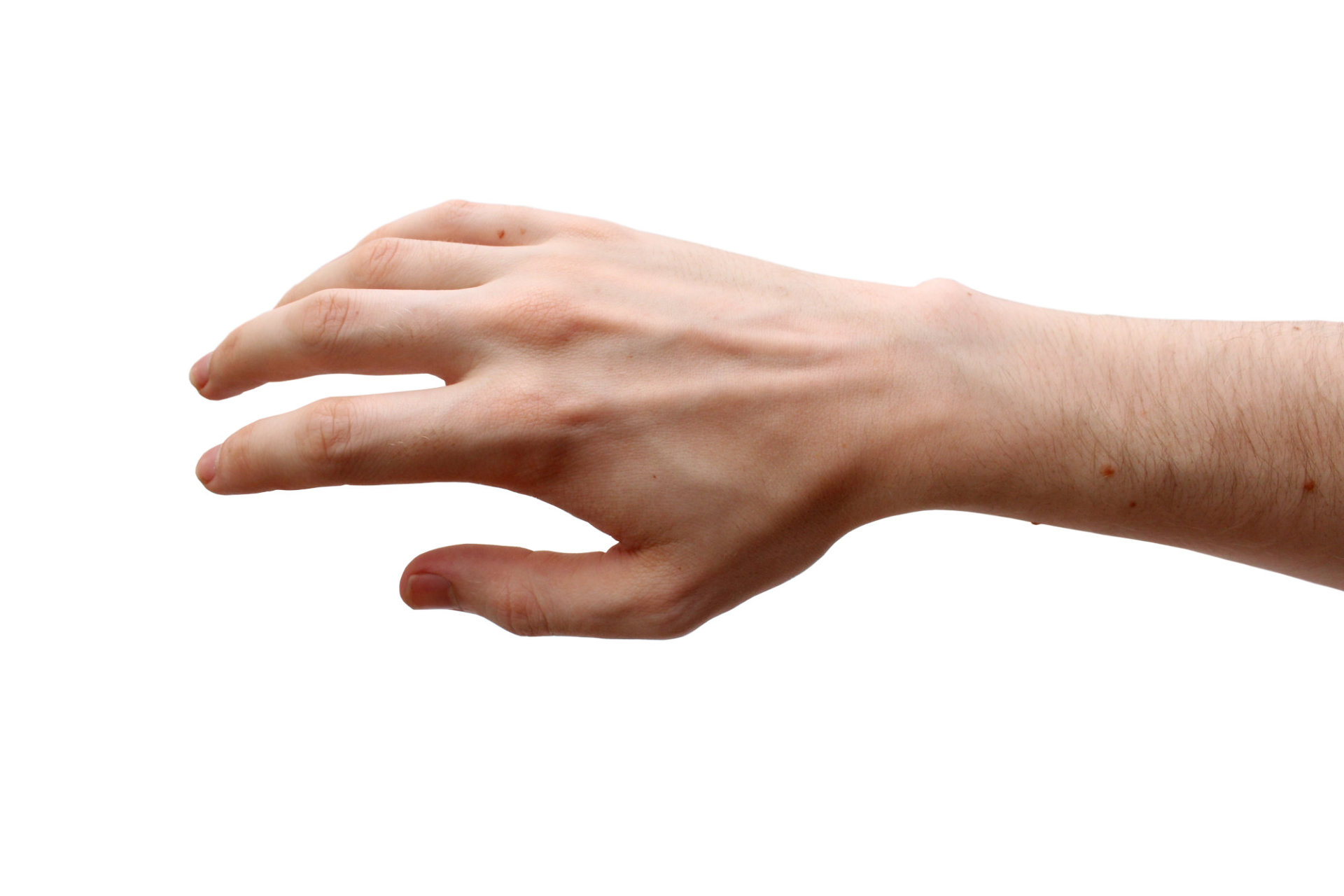 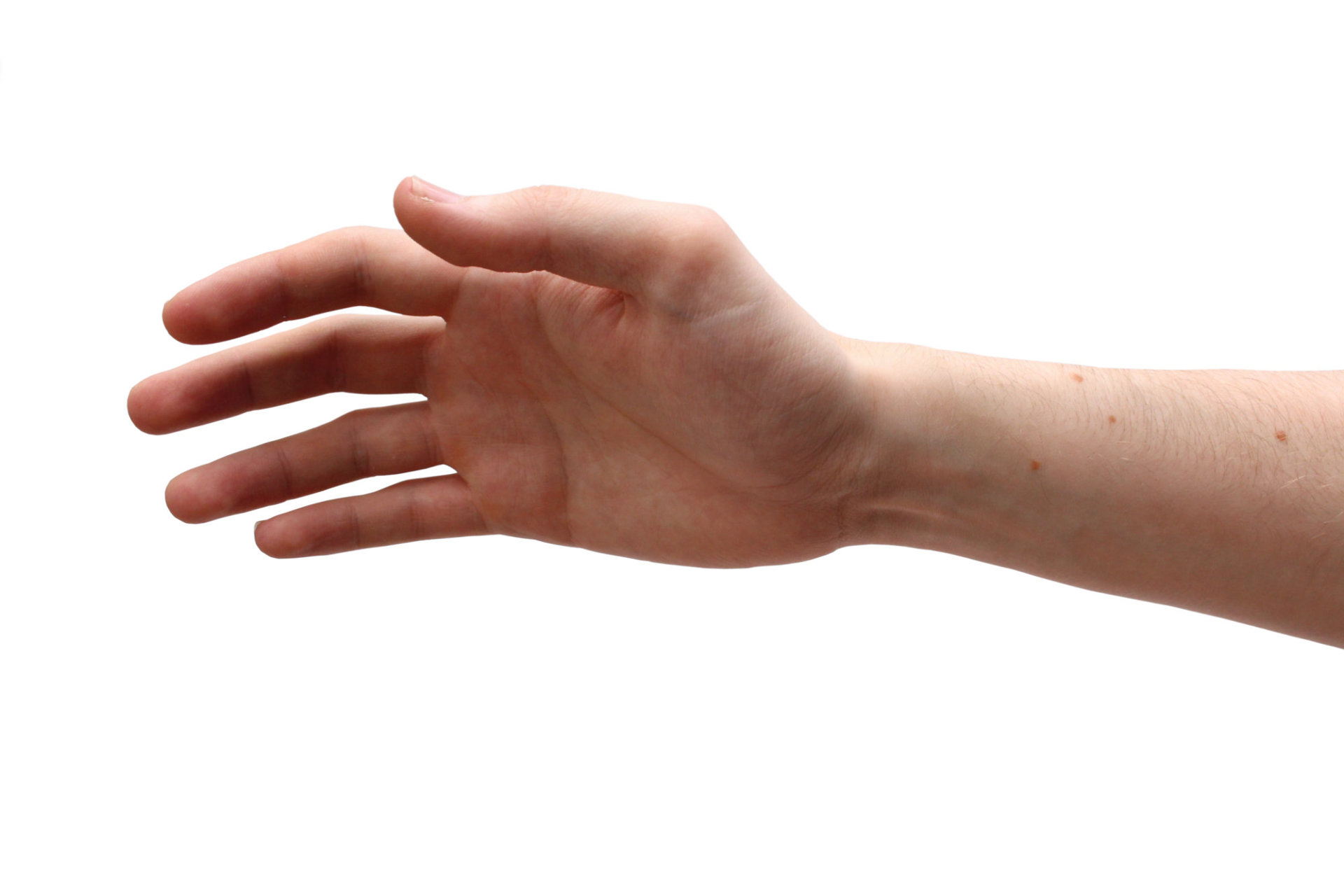 The fold of the wrist

How much you fold your wrist changes which part of the finger pad covers the holes. Pivoting the wrist down too much can make it impossible to cover the top holes with the pads of the fingers. 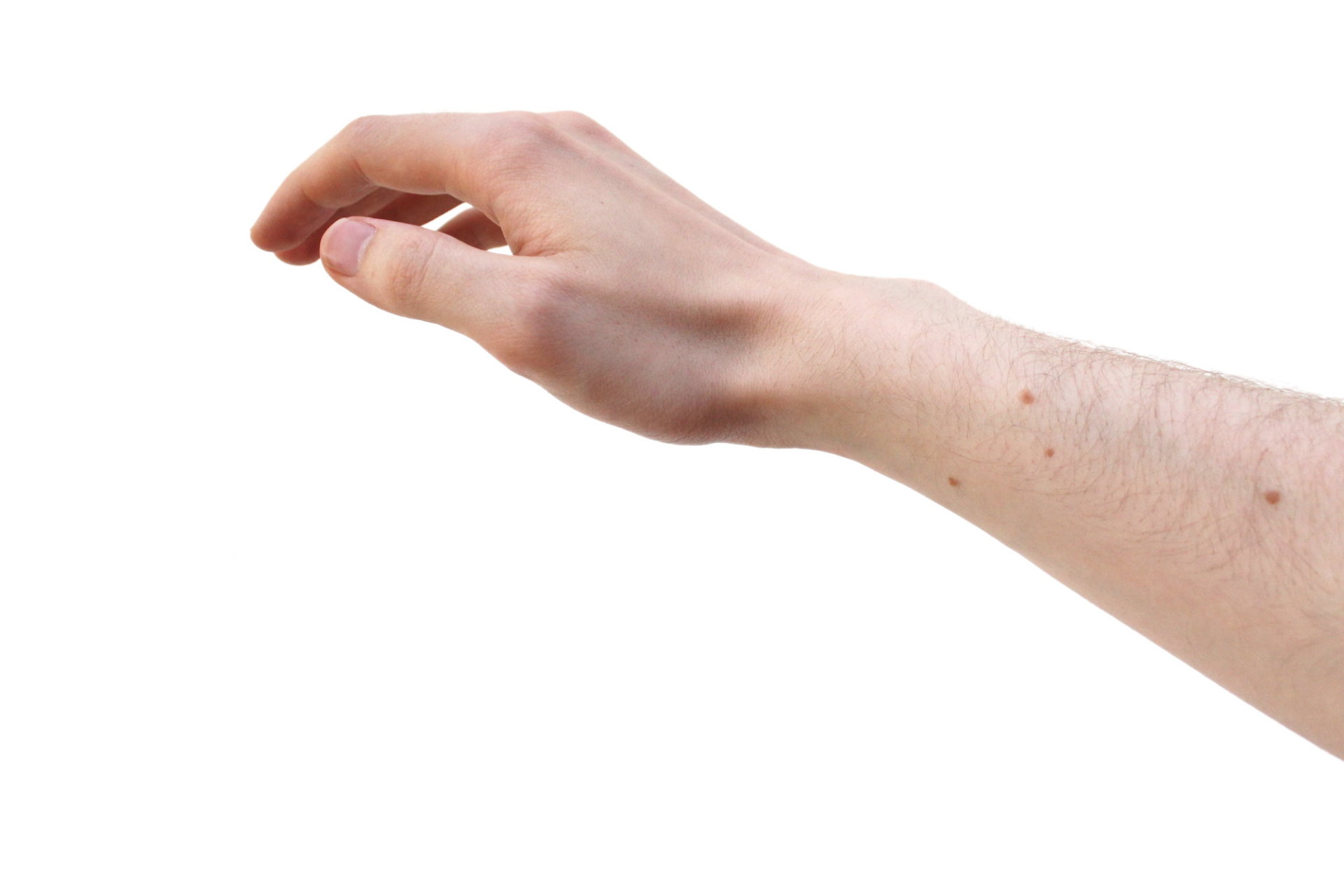 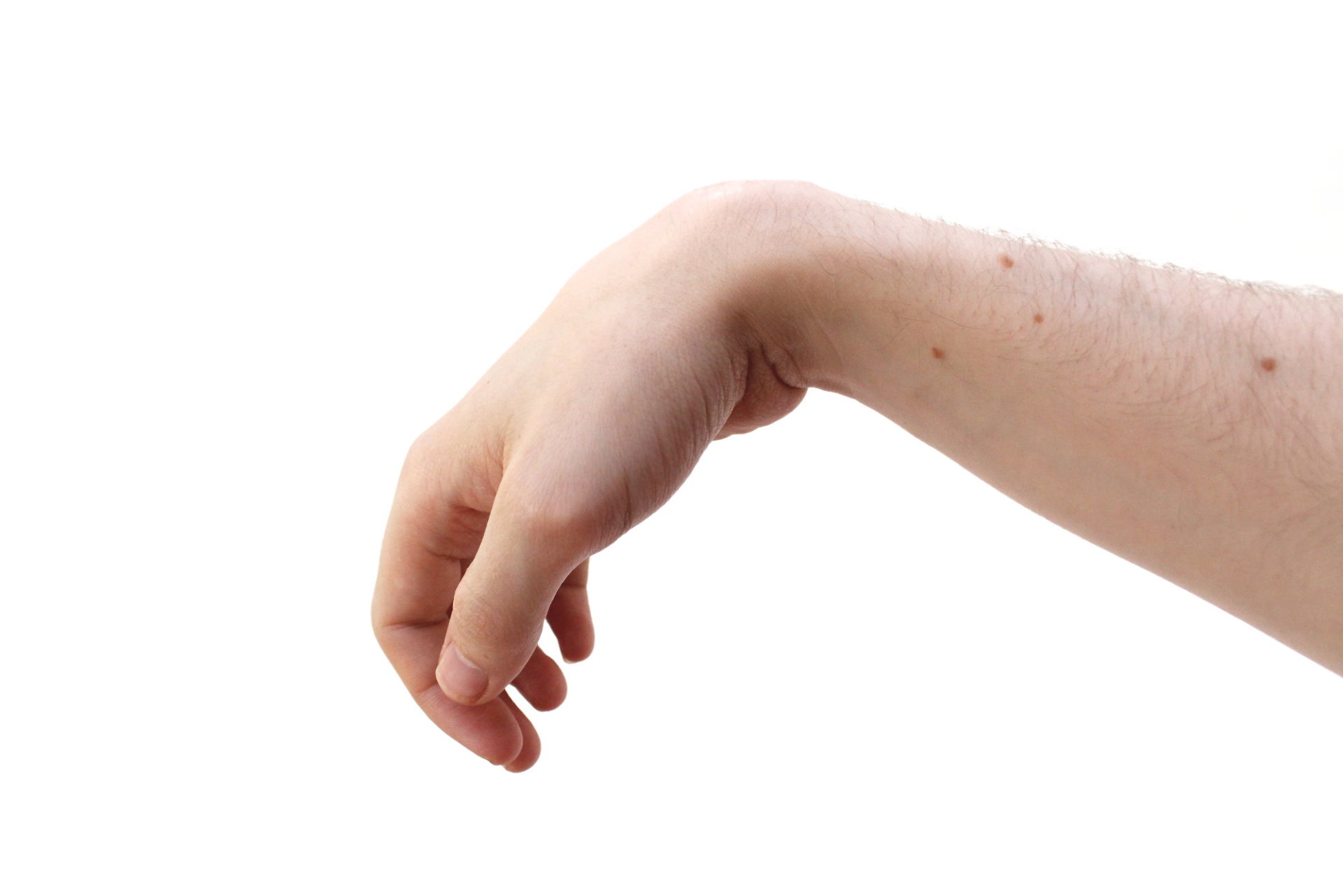 The pivot of the wrist

Wrist pivot has a similar effect to forearm rotation. Pivoting to the left causes the left fingers to curl more. Pivoting to the right does the opposite. Aim to find a position that allows all fingers to have a similar curl. Note that the pinky is normally straight as it is so much shorter than the other fingers. 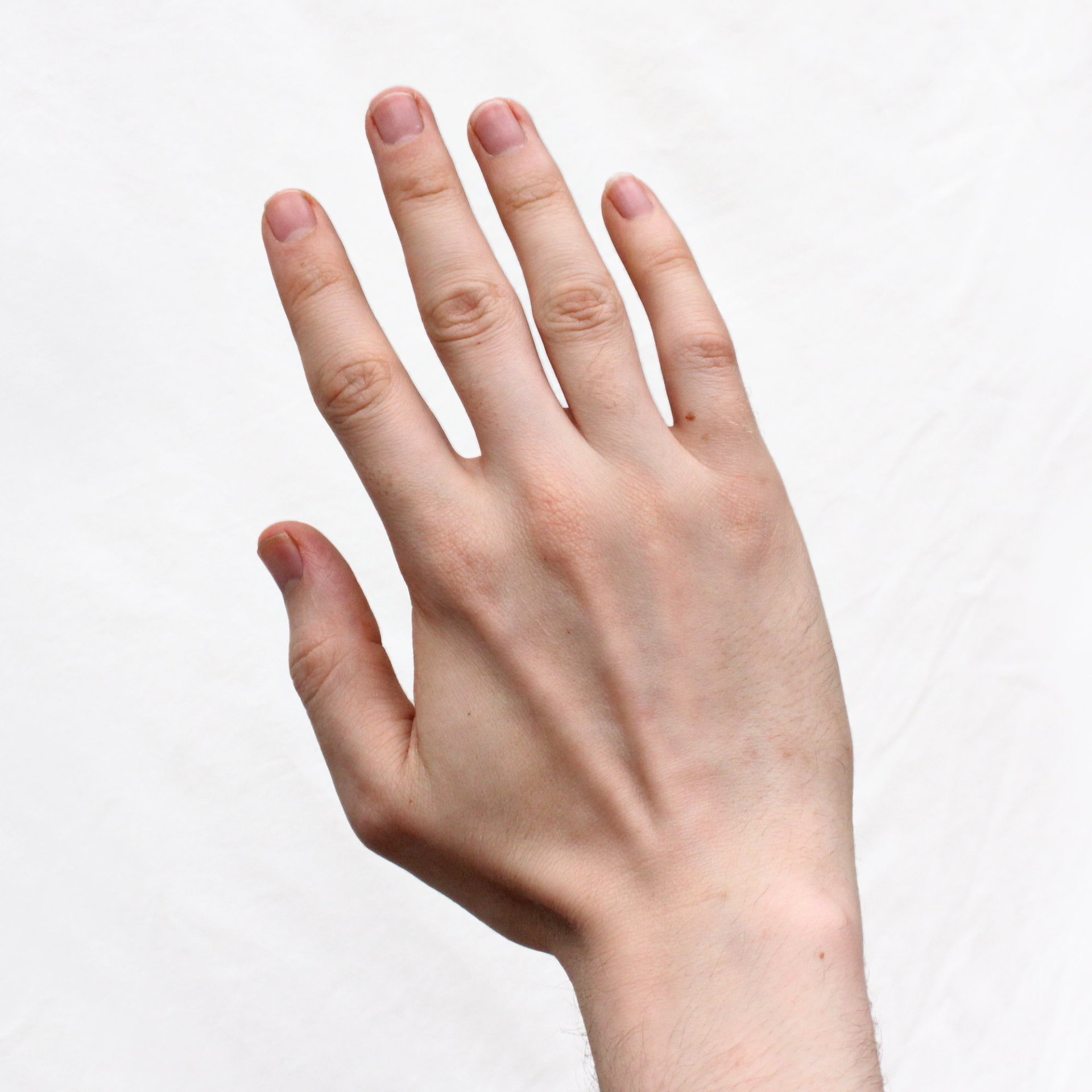 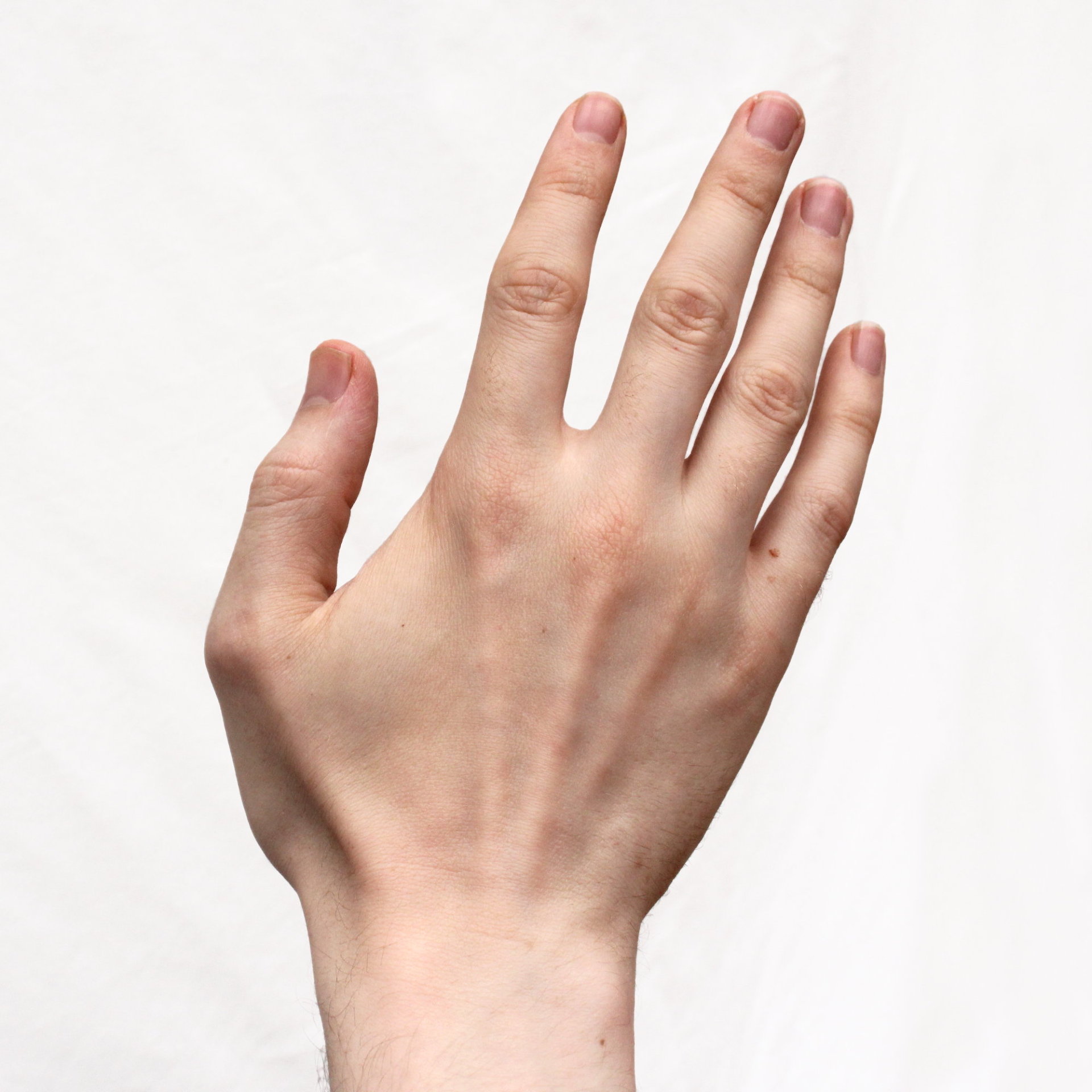 The curl of the palm

The palm isn't an immobile slab. It can curl across its width, varying between flat along the tops of the knuckles to visually curled. This movement is quite subtle, and has proved difficult to show clearly in photographs. However, it has a big impact on the positioning of the tips of the fingers relative to each other. It is also useful for playing ocarinas with split holes, as the palm can be curled and uncurled to cover and uncover the hole. I find this easier than curling the finger. 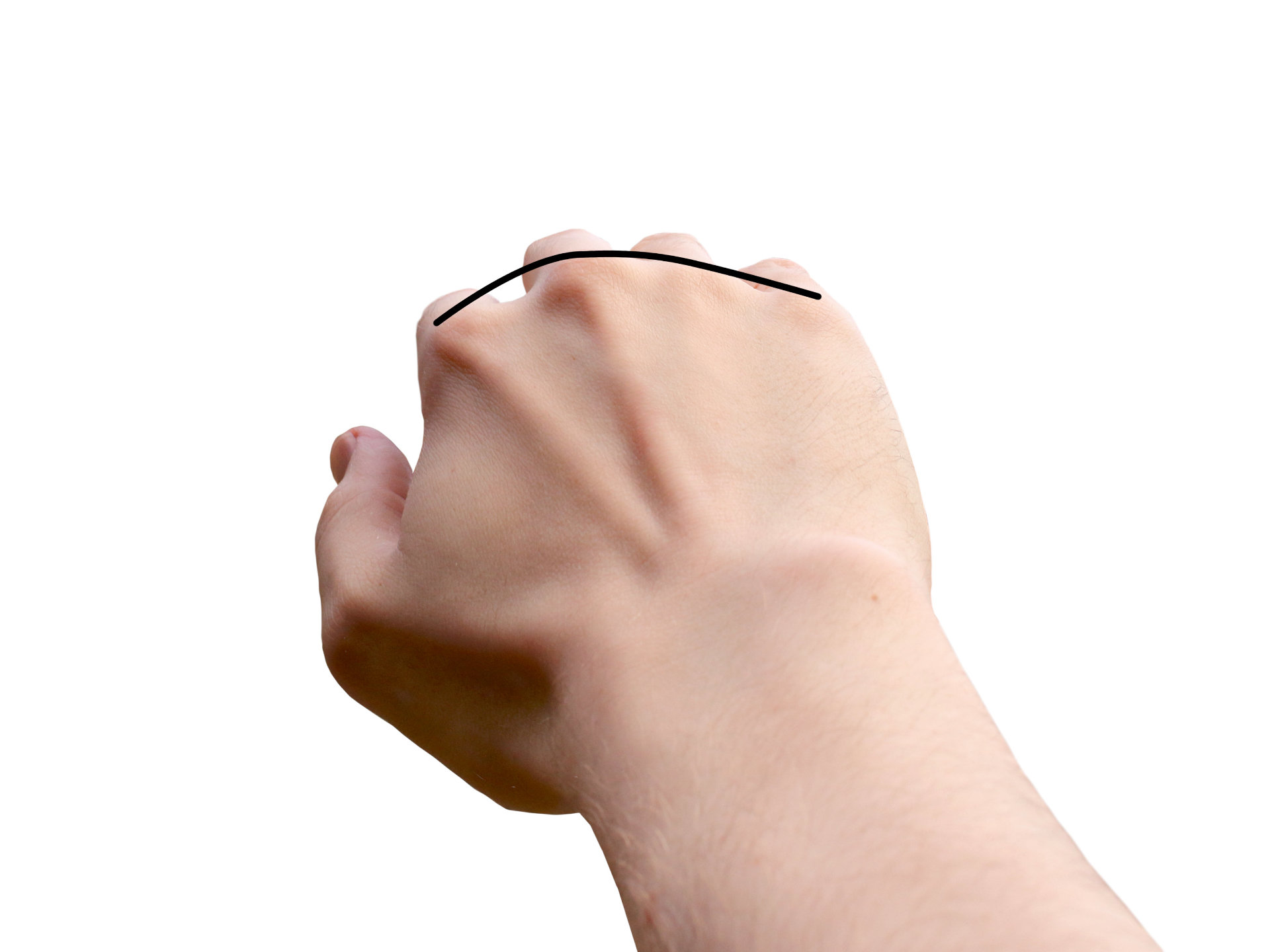 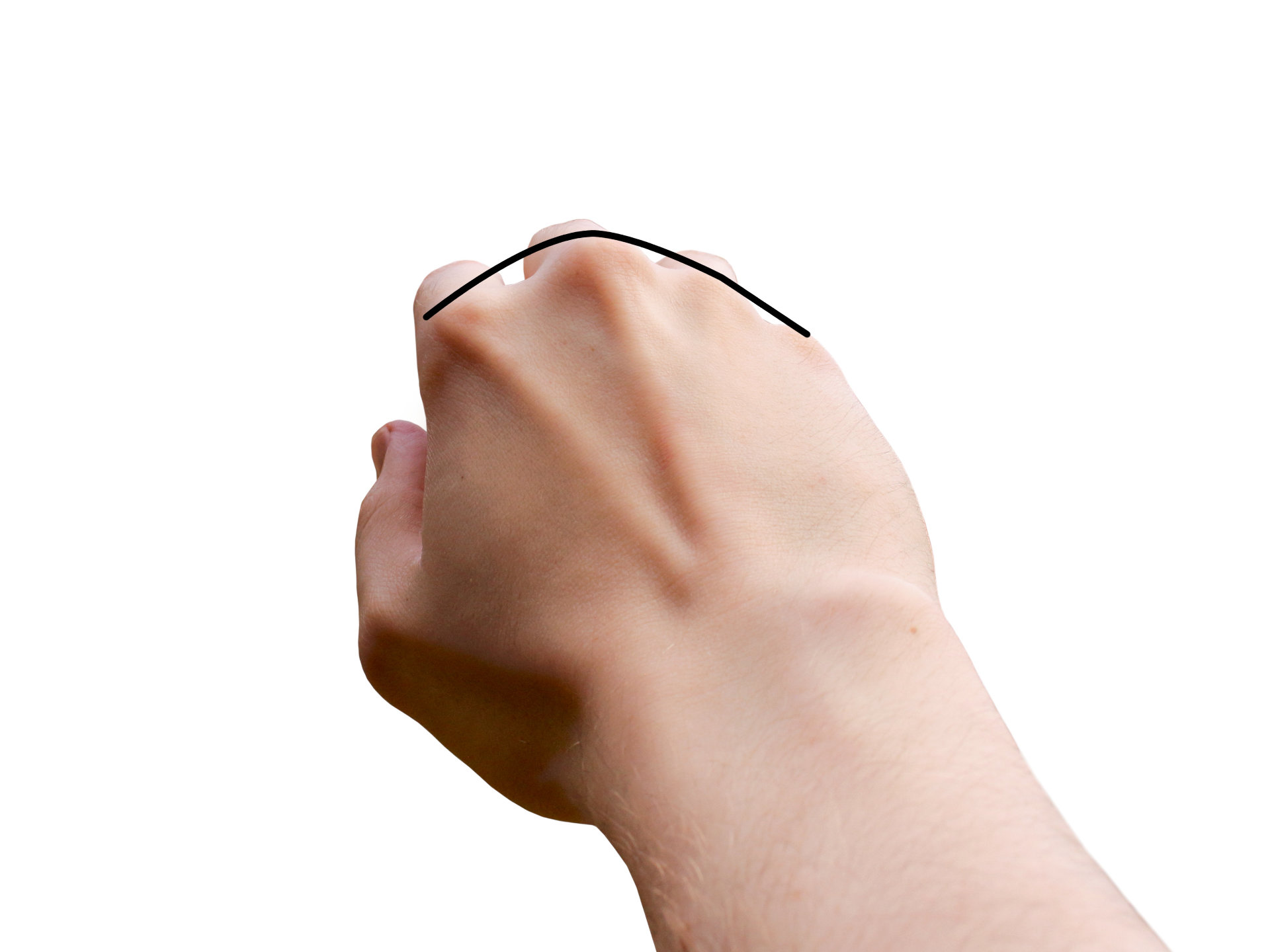 How the fingers are curled

You can vary how the fingers are bent along their length, from keeping them relatively straight and bending from the knuckle, to having them curved gently along their length as shown above, to having almost all of the bend in the last joint of the finger. Generally, you want to take a middle ground here and have gently curved fingers. That being said, going to one extreme or the other may be needed depending on the relative lengths of your fingers. 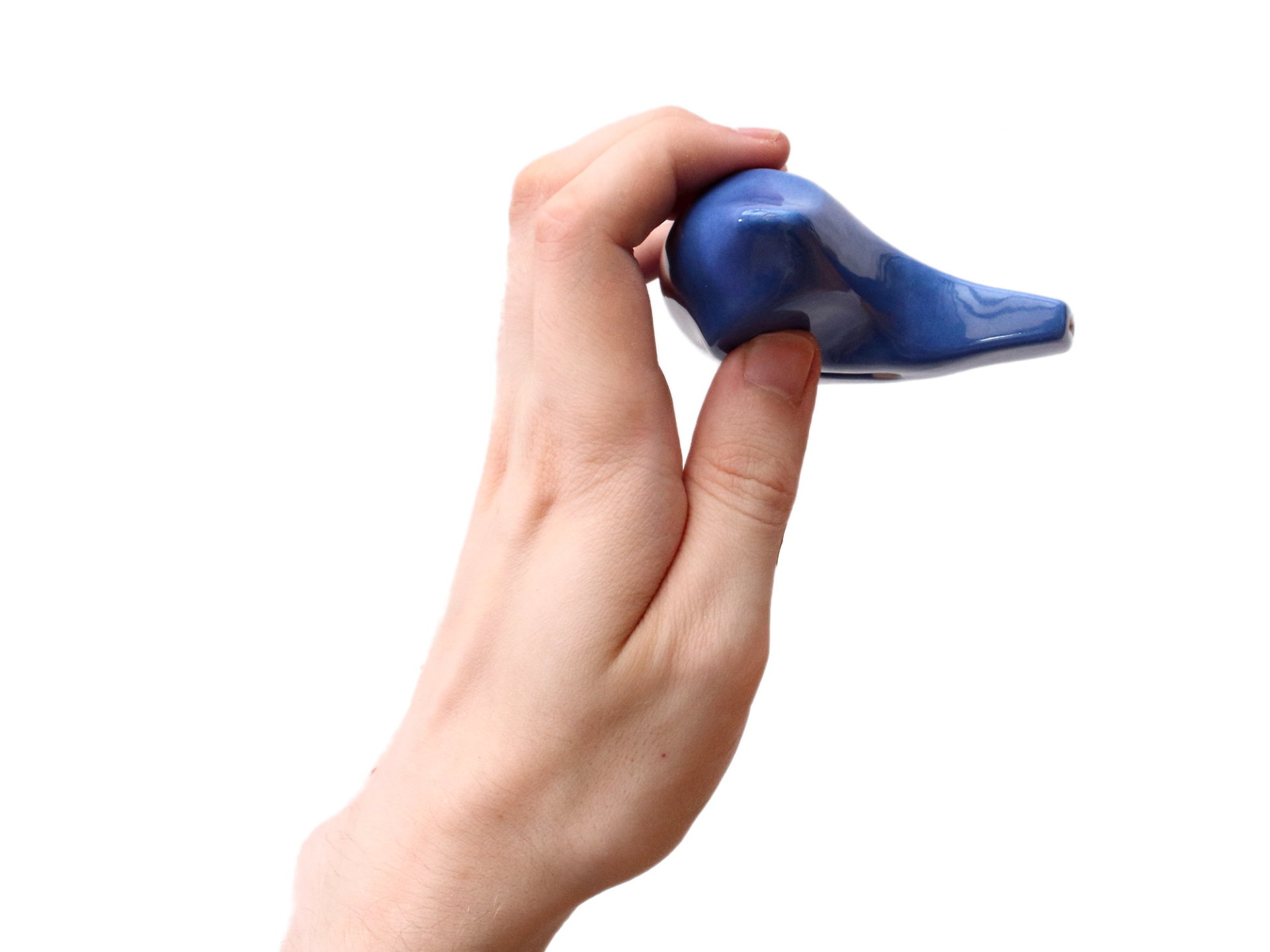 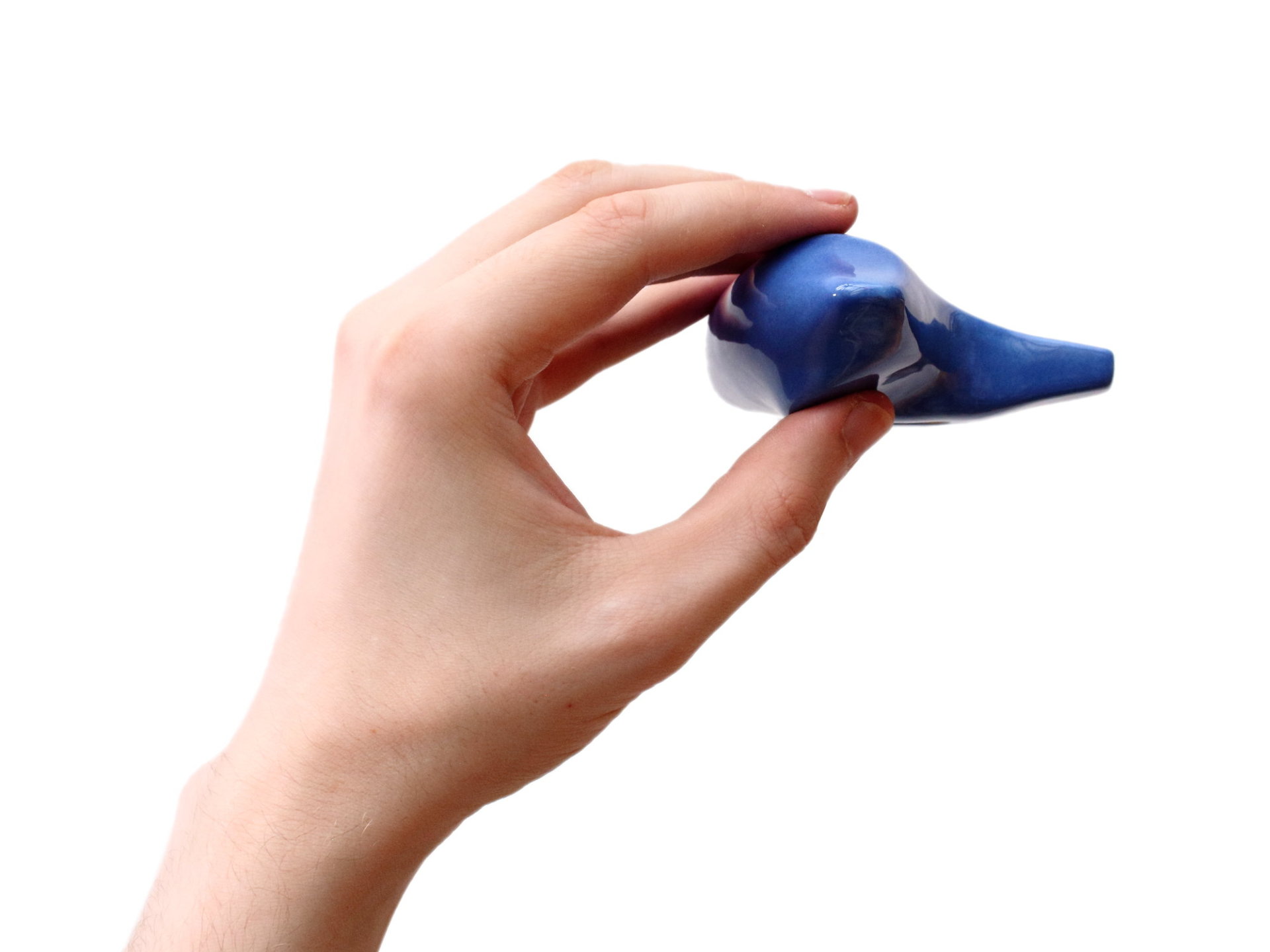